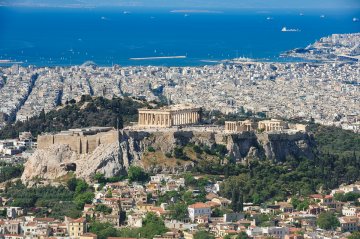 A new law allowing citizens to officially change their gender has been passed by the Greek parliament despite strong opposition. Although it is undoubtedly a step in the right direction for transgender rights, there is still a long way to go.

The new law, passed with 171 votes in favour and 114 against, allows citizens over the age of 15 to change their gender in the eyes of the law with a simple court ruling. This significantly alters the previous process where citizens who wished to change their gender on official documents and identity cards would be required to prove a medical operation and psychiatric assessment. The lack of such requirements brings Greece in line with the laws in Ireland, Malta, Denmark and Norway.

Prime Minister Alexis Tsipras rallied for the bill during the two day debate prior to it being passed. He insisted that the bill was in fact merely extending basic human rights to a marginalised group in society. The requirements that have now been lifted were heavily criticised by human rights groups and LGBT activists who viewed them as an infringement on bodily integrity. Nikos Xydakis, member of the governing Syriza party referred to the bill as being about "humanity, solidarity and dignity". It is a step forwards for the transgender community who battle with the difficulty and discrimination faced in simple transactions where the use of ID is needed.

The bill was met with opposition from influential groups including the Greek Orthodox Church who called for the bill to be withdrawn. They referred to it as “a satanic deed” that “defies customs and common sense, and, above all, destroys people". Whilst the Greek Orthodox Church opposed the view on traditional and religious grounds, other groups who were not in line with this thinking also voiced their opposition regarding the age requirement. Kyriako Mitosakis of the New Democracy party, stated his opposition to extending decisions of such importance to people under the age of 18. He said:

“For such a decision, maturity is required which only age can guarantee… It makes no sense to us that a 15-year-old, who is prohibited from consuming alcohol, is allowed to take such an important decision … a decision that should be taken with medical expertise.”

Despite the opposition, the decision to pass the law calls for celebration as it is a step towards the recognition and acceptance of the transgender community. However, it is not a complete victory as there are still some issues within the law that need to be addressed. For example, if a transgender person has children, their gender and name cannot change on the child’s birth certificate. Further, for those transgender people who are married, they will be forced to get a divorce before they can change their legal identity. This is because Greece, alongside many other European countries such as Italy and Slovenia, has not legalised same-sex marriage but recognises civil partnerships.

The passing of the law will not mark an end to the struggles faced in the transgender community in Greece and campaigning for recognition of their complete human rights is sure to continue. It can, however, still be a viewed as a victory and a cause for celebration.

Jamie Vardy's wife's maintenance case reveals the failings of CMS once more
This site uses cookies. Find out more. Continued use of this site is deemed as consent.   CLOSE ✖