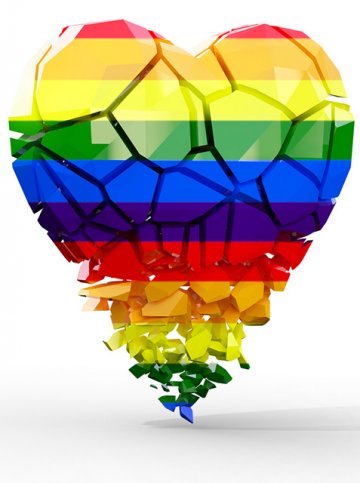 American actress and comedienne Jane Lynch, best known in Britain for her role in musical TV drama Glee, has filed for divorce from her wife Lara Embry.

Lynch had been married to clinical psychologist Embry for three years, and the couple represented one of the US’s most high profile lesbian marriages. However, they announced their separation in June 2013 and Lynch has now filed divorce papers.

Lynch and Embry met at a fundraiser in San Francisco in 2009 and married in an intimate ceremony in Massachusetts in 2010, the state being one of the first to legalise same-sex marriage. The couple were resident in California and it is likely that their divorce will proceed there as this is what US law dictates. Although the state of California does not currently have legislation in place for same-sex marriage, it recognises such unions from states that do.

"It’s something that we’re dealing with"

Dr Embry has a daughter, Haden, from a previous relationship, to whom Lynch became stepmother during the marriage. The child’s residence, along with finances, will have to be settled in the divorce proceedings. However, everything appears to be amicable, as Lynch told American chat show host Larry King in an interview: “It’s not dramatic. It’s not a horrible thing. It’s something that we’re dealing with.”

Jane Lynch plays cheerleading coach Sue Sylvester on Glee, a successful American musical TV show that has recently been hit by the tragic death of lead actor Cory Monteith. She is also known for her roles in TV series The L Word and Two and a Half Men, as well as films like Julie & Julia and A Mighty Wind.

Ayesha Vardag discusses Murdoch/Deng divorce on Newsnight
This site uses cookies. Find out more. Continued use of this site is deemed as consent.   CLOSE ✖