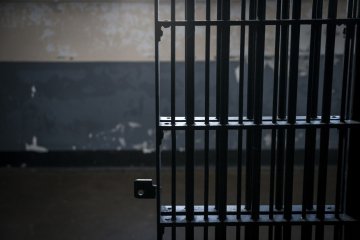 The most recent proceedings in Gibbs v Gibbs, a dispute which has been in and out of the courts since 2001, concerned a committal application made against the mother for breach of court orders prohibiting her from disclosing or publishing her allegations against the father.

In his judgment dated 29th June 2017, Mr Justice Hayden commented that the case has a dispiriting history”. Private law proceedings concerning the couple’s two children, focusing specifically on the father’s contact with the children, began in 2001. During these proceedings, the mother made a series of allegations against the father. District Judge Hayes, however, found these allegations to be unproven “on the wealth of evidence” and said that he could not “recognise and reconcile the demeanour of Mr Gibbs…with what he is alleged to have done”.

The matter was then brought to the High Court less than 12 months later but, before the hearing began, the mother’s counsel conceded that the mother had “no prospect” of proving the allegations against the father. A consent order was therefore placed before the High Court judge which stated the mother’s acceptance that contact should proceed on the basis that the allegations were unfounded and that she “should not seek to raise any allegations of emotional, physical or sexual abuse" against the father in "any other forum with any other person or body". The judge suggested that this should be the end of the matter and recorded that both parties had “taken a brave decision, and a decision which in many respects and for different reasons must have been difficult for each of them”, and are to be “congratulated and thanked for agreeing to this order”. However, the matter was brought before Johnson J a mere 6 months later when contact had broken down. The judge found that the mother had continued to repeat the allegations and expressed that he was not at all surprised that she did not abide by the agreement she had made. Unlike the other judges who thought that the mother had come to believe the allegations, he said that the allegations were false and “the mother knows it but continues to publish them because she wishes to hurt the father”. However, as the mother remained stubborn with regard to contact and the father’s relationship with his child had become strained as a result of the negative views they were exposed to, the father “reluctantly” abandoned his application for direct contact in 2004. Mr Justice Ryder explained that, although it is “morally and legally offensive” for a child to grow up without a parent when that parent is alive, he could not “impose” direct contact upon her. The case then remained out of the courts for a few years with contact continuing indirectly.

The matter was brought back to the courts in June 2017. From early 2017, the mother had been sending emails to thousands of people once again accusing the father of physical, sexual and emotional abuse. Hayden J said that "there has been no finding of sexual abuse; no finding of perjury against the father; no evidence produced either in 2003 or in the years that followed that would be likely to establish such findings". Various orders were made on 19th June 2017, reinforced by penal notices, that prohibited the mother from “disseminating, disclosing or publishing” any information about the proceedings, including allegations made. However, the mother was in breach of these orders the very next day as she had already emailed over a hundred people with the allegations. The father applied to commit the mother to prison for breach of the orders. Hayden J referred to two recent authorities regarding proper procedure on committal applications: L (A Child) and Re: Whiting . He concluded that "in light of the mother’s continued defiance, unwillingness to change, lack of insight on the impact of her behaviour”, he was left with no other option but to commit her to prison for 9 months.

This matter has appeared before the court many times over the years and this raises some interesting questions about how the family courts respond to litigants such as the mother in this case. It is often hoped that a fact-finding hearing to consider the evidence and witness accounts in such a case will help to move things forward; however this 16 year battle demonstrates that this will not always work.

The mother “actively disobeyed” the court orders and told Hayden J that she came to court expecting to go to prison and was “happy, proud, and completely at peace to be in contempt of court”. Not every parent is willing to put any negative feelings towards the other parent to one side and sadly the children involved are likely to suffer as a result.

An order sending someone to prison for breaches of other court orders.

National Trust to inherit millions from businessman with dementia despite his bitter feelings towards the charity
This site uses cookies. Find out more. Continued use of this site is deemed as consent.   CLOSE ✖