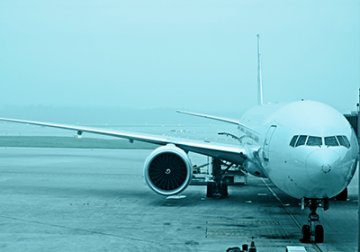 In 1986 a ten day old baby was found in the toilets at Gatwick Airport. Nicknamed Gatwick Gary after the stuffed animal given to him by airport staff, the boy was later adopted by the Hydes family and given the name Steven. Now, thirty years on, he is appealing for information about his biological parents.

As part of the effort to find the people who abandoned him, Steven has been working with Missing Family, an organisation dedicated to reuniting those who have lost contact with family members, be it through adoption, abandonment or estrangement. While there was a lot of speculation at the time regarding Steven’s parentage and why he might have ended up in an airport, analysis of his DNA has suggested he is of English and Scottish heritage.

And it’s this DNA analysis that Missing Family have used find two possible relatives for Steven. Looking at profiles for people who have had their DNA tested on family tree websites yielded two results – but this is where they need to be careful. There are strict laws that govern how people are contacted in situations like this, and if the two potential matches decline to meet Steven then their wishes have to be respected. At the moment neither has logged onto their account to see the messages sent by the team at Missing Family, so the investigation is at a standstill.

While Steven says he harbours no ill will against his biological parents and does not want them to be afraid to come forward, child abandonment is a criminal offence and in the UK there is no statute of limitations where criminal offences are concerned. If a parent were to come forward they could potentially be prosecuted for child abandonment, assuming the Crown Prosecution Service believed it was fair and right to do so.

Steven has set up a Facebook page and is asking for anyone who has information to come forward. We will keep this story updated with any breaks in the case.

Unmarried mother fights for birth registration reform
This site uses cookies. Find out more. Continued use of this site is deemed as consent.   CLOSE ✖