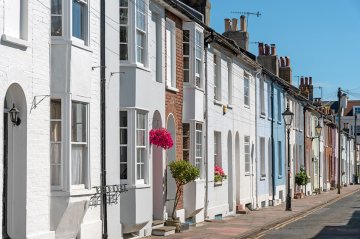 In France it is commonplace to enter into a contract upon marriage which regulates the ownership and transmission of marital assets. There are a variety of marital property regimes for couples to choose from which govern the ownership of property between spouses and determine how that property is divided and inherited at the end of the marriage.

Separation of property means that nothing is jointly owned between the parties. Each spouse retains the ownership of the property acquired in his or her name, whether before or during the marriage. As this also applies to debts, this regime can protect one spouse from the other spouse’s creditors in the event of bankruptcy.

This type of system may suit a spouse who has a considerable estate at the beginning of the marriage and wants to protect it by keeping it separate.

On the other hand, this system does not recognise the marriage as a partnership, and can lead to an unequal distribution of assets. However, upon divorce or death, each spouse is entitled to financial compensation (prestation compensatoire) in the event that he/she has accumulated less wealth than the other spouse during the marriage. Often, the court will make such compensatory orders to maintain the financially weaker party to the best possible standard in the circumstances. Transfer of real estate owned by a spouse is a valid form of this compensation. This is helpful in reducing any significant disparity between the spouses financially.

Under a community of property contract, all assets owned by the spouses on the day of marriage, and the subsequently acquired assets (including gifts and inheritance), are jointly owned. The spouses are therefore jointly and severally liable for all claims. This also means that the assets of the couple transfer automatically to the surviving spouse after the first death.

The advantage of this system is that it treats both parties equally and shares everything they own or will own equally between them. However, this also means the couple share each other’s losses and debts equally.

Community of acquired assets is the default position when a couple does not enter into a marriage contract.

Community property regimes do not exist under the laws of England and Wales. In France, a UK married couple will be deemed to be married under the séparation des biens regime. This means there is no joint ownership between spouses, and the property in France passes on death to their respective heirs. UK owners of French property can, however, choose a different regime.

There is a strong argument in favour of matrimonial property regimes, as they encourage autonomy, provide certainty and make it far easier to settle issues on divorce. Of course, there is nothing to stop a couple in England and Wales entering into an equivalent agreement, and since the case of Radmacher v Granatino UKSC 42, it will be given decisive weight unless other circumstances make it unfair to do so. However, in England a matrimonial property agreement will not be effective to exclude the court’s powers to grant ancillary relief, and fairness will be the ultimate safeguard.

Once concluded, the parties can elect to change their matrimonial property regime in France after two years, by way of a notarial instrument. This is important, given that one of the main criticisms of marital property agreements is that parties may not contemplate at the outset of a marriage or civil partnership the consequences of the passage of time or significant events, such as children or serious illness.

The need for no-fault divorce: the blame game
This site uses cookies. Find out more. Continued use of this site is deemed as consent.   CLOSE ✖