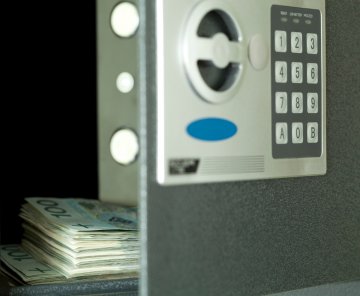 Non-disclosure in divorce cases has recently hit the headlines again with reports of asset hiding using Bitcoins. Yet Bitcoins are just the latest in a long line of ruses used by the dishonest to cheat their spouses out of their rightful divorce settlement.

During a divorce process both parties are supposed to declare to one another their worldwide assets and income so that any settlement or court order to divide the assets is made in full knowledge of the respective financial positions. Many people comply with this disclosure requirement but unfortunately some do not.

Finding undisclosed assets in divorce cases is a serious business and needs to be undertaken systematically and professionally. The amounts can be very high – Vardags ultimately secured an order that Scot Young hand over £26m to his ex-wife for instance – and can make all the difference to the outcome of a case. At Vardags we have recognised that divorce is largely a corporate and financial discipline. We have hired lawyers with corporate law experience and a financial/commercial expert to lead a forensic financial team.

Other weapons that we have regularly seen in the armoury of the unscrupulous spouse are:

1) Employment Benefit Trusts. Employment benefit trusts emerged in the late 2000s as a tax-mitigation strategy that allowed companies to ’pay’ their employees tax-free. The company would transfer money to the trust which would in turn ’lend’ the money to the employee. In theory this was a loan, but in practice the trust never required the money to be repaid. HMRC have cracked down on employment benefit trusts in recent years, not only significantly reducing their use but also trying to claw back tax from historic schemes. But historic trusts still exist and spouses typically claim either that they have a large liability to the trust or ’forget’ to disclose that the trust still contains substantial funds.

3) Gifting assets to family members. We often see spouses passing shares, properties or investments to other family members or close friends just after they have received a divorce petition, in an attempt to put them beyond the reach of the courts. We are always on the lookout for such activities, and then bring them to the attention of the courts.

4) Hiding the true value of business assets. Private businesses are a happy hunting ground for the non-disclosing spouse. Such businesses are often held through complex multinational corporate structures in countries such as Panama, The Cayman Islands and Mauritius where the requirements to produce company accounts are limited or non-existent, or where ownership of companies can be kept secret. Layering on inter-company loans and extracting cash via associated companies adds yet more complexity that needs to be unravelled during the divorce.

Generally the people setting up these structures are very clever, and have also had excellent advice: to unpick them needs the best brains. You can’t take a knife to a gun fight.

Finding hidden assets: the changing field of divorce finance
This site uses cookies. Find out more. Continued use of this site is deemed as consent.   CLOSE ✖