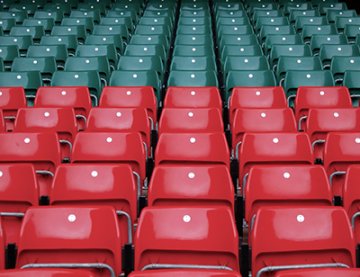 Against the odds – 5000-1, to be exact – Leicester City won the Premier League earlier this week after Tottenham Hotspur drew 2-2 with Chelsea. We all know footballers can have high profile divorces, Ryan Giggs and Gary Lineker being two of the most recent examples, but does simply being a football fan put you at greater risk of divorce?

Well, one study suggests so. Last year, Mancunian Matters warned readers against neglecting their partners during sporting events after a rise in enquiries relating to divorce was noted during the World Cup. Of course, football itself was not to blame, but when passions run high during and after matches, small arguments are more likely to escalate. Additionally, a spouse who is already feeling dissatisfied in their marriage may find coming second place to a sport in their partner’s affections to be the straw that broke the camel’s back.

However, it seems the real catalyst for divorce is not football itself but one of its video game counterparts, Football Manager. The simulation game hit the shelves in 1992 under the name Championship Manager, but after its rebrand in 2005 an updated version has been released every year, with the most recent coming out in late 2015. The game is clearly popular enough to have been around for over 20 years, but the truly staggering testament to its popularity is that, as of 2013, it had been cited in 35 divorce cases.

Ian Macintosh, the author of Football Manager Stole My Life says the reason the game is so addictive is its immersive alternative reality. With diverse aspects such as player interaction and money management, Football Manager can easily take over someone’s life, says Macintosh, especially as those who play it suffer severe in-game punishments when they underperform. While he claims the game is no more dangerous than any other time-consuming hobby, when people become so dissociated from reality as to lose contact with their spouses, something doesn’t seem right.

Neither Football Manager nor football itself can be out-and-out blamed for a divorce, but it is evidently possible for these interests to cause underlying issues in relationships to flare up. If your partner expresses a concern that you pay more attention to the game than you do to them, it may be time to rethink your priorities.

India’s surrogacy ban: a deep-freeze
This site uses cookies. Find out more. Continued use of this site is deemed as consent.   CLOSE ✖