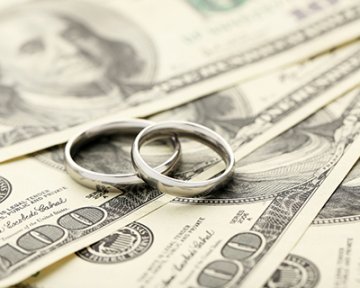 The Governor of Florida, Rick Scott, vetoed legislation SB 668 last Friday that would have seen an end to lifetime alimony payments as the default settlement in the State’s divorce courts, and would have encouraged judges to order equal custody and care arrangements for children.

The bill was introduced by Republican Representative Colleen Burton, and Senator Kelli Stargel, and has seen widespread support from the voters (with 70 percent in favour) and was passed by a significant majority in both houses of the Florida legislature. However, Governor Scott decided to side with a minority of liberals and women’s groups such as the National Organisation for Women (NOW), and used his power to veto the bill.

A similar bill was vetoed by Scott in 2013 over concerns that the law reform would be retroactive and therefore able to change established divorce settlements. However, the child custody provision that Scott is now querying was also in the 2013 version of the bill, and no concern was raised at that time.

Governor Scott had concerns over the default child care provision in the bill, stating in his veto letter: “current law directs a judge to consider the needs and interests of the child first when determining a parent plan…this bill has the potential to up-end that policy in favour of putting the wants of a parent before the child’s best interest by creating a premise of equal time-sharing. Our judges must consider each family’s unique situation and abilities and put the best interests of the child above all else.”

The bill outlined a reform in the law that, rather than assigning children to one primary carer post-divorce with the other parent relegated to the role of financial support with irregular contact, judges should instead start with the presumption that equal contact and care by both parents is in the best interest of the child.

Those who opposed the bill such as the Family Law Section of the Florida Bar Association, agreed with Scott’s veto, viewing the 50/50 care arrangement as focussing on the interests of parents and not the children. Opposition comments included outrage that some parents could pay less in child support if care was shared, negatively impacting women and children.

The bill was to serve as a guideline to the default position judges should consider when making child care orders on divorce. The 50/50 default arrangement may not be appropriate in all cases. Judges would have been able to deviate from this position based on the subjective facts of cases to reach appropriate care agreements, i.e. when the children are very young or have disabilities that mean they require a greater level of care. The bill only required that the starting position was 50/50 so as to ensure that one parent would be the sole carer only when necessary, and to lower the number of cases currently in court that are one parent requesting more time with their children. Those opposed to the bill on this point appear mistaken in their perception that spending equal time with both their parents is not usually in a child’s best interest.

In vetoing this bill over child care concerns, the opportunity to end permanent alimony in the State of Florida was also lost.

The bill sought to replace permanent alimony with a maintenance payment based on various factors including the length of the marriage, spousal income, needs and age, similar to the UK provisions of s.25 of the Matrimonial Causes Act 1973. Therefore, irradiating the default position, as value and duration of alimony become subjective based on the facts of each case.

The current system, by contrast, is disproportionate and unfair in the majority of cases. The lifetime alimony only ceases if the payee remarries or dies, but not if they cohabit with another person (regardless of the new partner’s earnings). Some paying alimony are forced to work past the standard retirement age in order to continue meeting the alimony obligations to their ex-spouse.

Only eight States in the US still have permanent alimony laws, and many countries, including the UK, have long established a more practical and effective maintenance calculation instead of a default lifetime obligation that places a gross financial burden on one party. Scott has consequently vetoed something that is common place in the UK, most European countries, and the majority of the USA.

Some opponents to this legislative reform, including NOW, asserted that the bill would have a dramatic impact on the lives of former spouses, most of them female, who had stayed at home to care for children and could not easily re-enter the workforce.

However, Alan Frisher, part of the Family Law Reform group, was in support for the bill, questioning the suitability of the current alimony conditions, and connecting the issue to Scott’s Let’s Get to Work campaign (established during the governor’s last election). He stated: “if you are a receiver, you don’t want to work in lieu of possibly losing that alimony gravy train, if you are a payer of alimony, you don’t want to work because you’re fearful of being brought back to court now that you are earning more money.” Alimony does need to be available for those who need the financial support, but some women are capable of giving themselves the financial, emotional, and physical independence post-divorce if they choose. Therefore, a default lifetime alimony position is disproportionate and serves only as a disincentive to seeking employment.

The bill was originally presented as two separate issues (alimony and child arrangements) but became one bill while it was being passed through the two legislative houses. The next step for Florida politicians, who intend to see this bill through, might be to insist on keeping the issues separate to get it past the Governor’s desk.

The Governor’s reasoning for vetoing the bill based on the child provisions is vague at best, making it unclear how the bill should be reworded to ensure its future success. The majority of governments now recognise the need for children to have a good relationship with both parents, and deviate from joint parenting only when circumstances require it (such as cases of severe financial imbalance or domestic abuse). In addition, permanent alimony regardless of age, skills, and duration of marriage discourages financial independence, and places a large financial burden on one spouse that has to be maintained indefinitely irrespective of their future financial position. Some people need financial assistance after divorce, and as such the option should not be made unavailable, however, arguably this should not be the default option for all divorcing couples.

Is 'Cyanide' a girl's name?
This site uses cookies. Find out more. Continued use of this site is deemed as consent.   CLOSE ✖