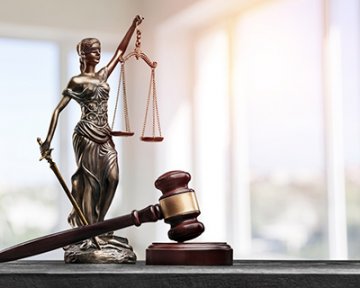 Last week, I commemorated International Women’s Day by delving into the history of UK women in the legal profession, from the turn-of-the-century would-be female lawyers who had to fight to practice even in an unofficial capacity, to today’s industry leaders. Similar trajectories can be traced across a variety of countries and cultures, and there are particular parallels in terms of when women around the world first began forging pioneering legal careers.

In many parts of the world, the late 19th and early 20th century was a time of drastic social change. Fuel for reform included the increasing literacy rates and better access to learning among the middle classes; the lingering intellectual excitement of the preceding Enlightenment era; and technological advancements, which allowed people to communicate faster than ever before. Mary Jane Mossman’s The First Women Lawyers: A Comparative Study of Gender, Law and the Legal Professions establishes a causal link between this “time of considerable optimism about progressive social change” and female-initiated “challenges to male exclusivity” within the law.

This shared moment in history is the focus of my internationally-themed follow-up, which I’m splitting into two parts. Next week, I’ll be exploring female lawyer ‘firsts’ from Europe, Asia and Australasia but, for now, let’s explore the entrance of women into the legal profession in the USA.

Arabella Mansfield : the first woman admitted to the state bar in the USA

In the 1860s, the American Civil War caused a dearth of students in academic institutions up and down the country, as men left their studies to fight. Luckily for Arabella Mansfield, this meant that many universities were opening up enrollment to women. In 1862, Mansfield joined Iowa Wesleyan University and, seven years later, applied to be admitted to the bar. Despite scoring highly, Iowa law only allowed white men over the age of 21 to receive a law license. Nevertheless, Mansfield prevailed when she took her case to court and Judge Francis Springer, a fellow supporter of women’s rights reinterpreted this provision.

Although Mansfield did not go on to practice law, choosing instead to remain an educator, with Iowa’s attorney licencing code amended, she paved the way for a new wave of female lawyers. She is responsible for changing hearts and minds, with her examiners remarking that her academic work was “the very best rebuke possible to the imputation that ladies cannot qualify for the practice of law”.

Charlotte E. Ray, daughter of an prominent abolitionist, was acutely aware of the gender bias she was up against when applying to Howard University’s law school. She allegedly enrolled under the name ‘C. E. Ray’, in order to “disguise her gender” and graduated in 1872. The same year, she was admitted to the District of Columbia bar and subsequently started up her own practice. Sadly, Ray’s legal prowess wasn’t enough to make her business a success, as she was forced to contend with both gender and racial discrimination which prevented her from acquiring enough clients to keep afloat.

Despite this, Ray’s talents as a lawyer didn’t go unacknowledged. One contemporary even declared her “one of the best lawyers on corporations in the country”. After giving up her practice, Ray continued to fight for civil rights, as a member the National Association of Colored Women.

As these case studies indicate, though the tide was turning for women in law, forging a career as a female attorney would be an uphill struggle. There were social, political and economic factors which mitigated the sense that the awakening of women’s collective consciousness could revolutionise the legal sector alone.

The second (and final) part of this series will explore how such factors came into play for aspiring female lawyers outside of North America. The individuals I’ve selected to profile are diverse in background, but share the intellectual steel and fortitude of Mountford and Ray -essential qualities for breaking into this exclusively male domain.

Let them eat cake? Inside the world of divorce celebrations
This site uses cookies. Find out more. Continued use of this site is deemed as consent.   CLOSE ✖