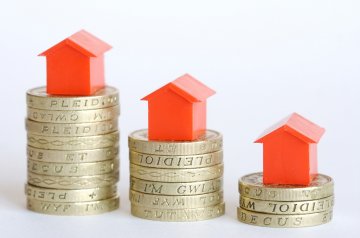 One of the most common conundrums for divorcing spouses is navigating the murky waters of the finances. In principle, most people know that marriage entails the merging of assets, but when it comes to marital breakdown, it often hits people that a breakup means the division of those assets. For the wealthier party, the breadwinner, that could well amount to a 50 percent tax on the wealth they’ve accumulated during the marriage. For the less wealthy party, or the homemaker, it can mean fighting tooth and nail for a share of the marital fruits.

When it comes to high net worth divorce cases, there’s the added problem of complexity. Not only are the numbers big, but, for the highly financially literate, the structures of those assets can be very complicated. It’s commonplace for new clients to come through a family law firm’s doors and say, "My husband (or sometimes, wife) is wealthy and clever. I’m worried that they may be squirrelling away assets so that I can’t get to them". Sometimes it’s even worse; many spouses have little or no idea how much money their spouse has, or even how they make their money.

But as the world of family law becomes more financially savvy, it is possible to get to the bottom of that fiscal chicanery. Firstly, not everyone is a liar and a cheat. What’s more, English law requires full and frank disclosure on Form E – the paperwork where spouses declare what they have, and set out what they’ll need in the future. It’s very detailed, and both spouses will need to divulge not only what they’re worth, but also their liabilities and expenditure. Of course, for predicted values it’s possible to spin the facts in your favour. Wealthy spouses might be tempted to be pessimistic about a company’s profits, for example, or claim that they have a huge tax liability coming their way. There might perhaps be a bonus payment they have not declared.

If spouses find themselves in a situation where they’re worried something like this may be going on, there are a number of ways to get to the bottom of it. Firstly, there’s a wealth of information in the public domain: details of property ownership, shareholdings and company directorships which can be found through online investigation in the first instance. Then a financial expert can look at bank statements and credit card bills to see if there are any inconsistencies; if there are, they can investigate more fully.

Recollections from the spouse can also be helpful. It is illegal to access private documents without your spouse’s permission, but if you remember seeing something unusual – such as your husband or wife using a credit card that is not mentioned in Form E, business associates who may be instrumental in holding assets for safekeeping, or any significant trips abroad, all this information might be a useful springboard for investigation.

It’s important to remember, too, for any spouses considering playing a little fast and loose with the truth on their Form E: material non-disclosure can land you in real trouble. Judges have been known to hand down custodial sentences for this kind of deliberate obfuscation, and it can always happen again. It’s far better – for the sake of both spouses – to be as open and honest as possible.

Director Stephen Bence in Management Today
This site uses cookies. Find out more. Continued use of this site is deemed as consent.   CLOSE ✖