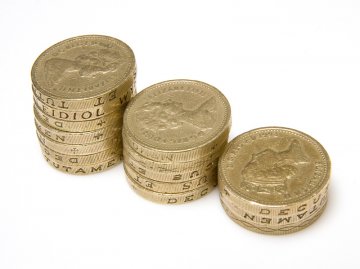 In the recently reported case Waudby v Aldhouse EWFC B63, HHJ Rogers has set aside an order for financial relief made twenty years after the parties divorced. At trial, Deputy District Judge Shedden made an order in favour of the applicant wife which incorporated a lump sum of £10,000 and a joint lives periodical payments order of £9,576 per annum. The husband sought permission to appeal that order after DDJ Shedden refused permission.

The parties in this case were Mr Waudby (“the husband”) and Ms Aldhouse (“the wife”), who married in 1982 and divorced in 1995. The husband was declared bankrupt during the marriage and the wife worked two jobs to provide for the family. The husband later retrained as a commercial pilot. In 1990, they bought a barn for conversion which provoked a protracted building dispute and litigation that resulted in both parties being declared bankrupt. The wife suffered a breakdown and retired from work on ill-health grounds. In 1992, the husband started an affair which resulted in the birth of two children. The wife discovered the affair in 1994 and the marriage was dissolved the following year.

At the tie of the divorce, the wife did not pursue any financial claim since the husband had assured that he would make provision for her voluntarily. As such, she held off making any claim for financial relief for many years with the expectation that he would “see her right”. DDJ Shedden accepted this reason for the delay in applying at trial. In 2014, the wife issued her Form A and so came the order for a lump sum and joint-lives periodical payments.

The husband sought permission to appeal on the basis that no substantive orders of any kind should have been made and that DDJ Shedden’s reasoning was flawed. HHJ Rogers heard the case on appeal and, despite lengthy arguments on the question of permission, felt that there was “no doubt whatsoever, irrespective of the exact formulation of the test, that permission should be granted in this case”.

HHJ Rogers was “puzzled and troubled“ by the trial judge’s references to “contributions”. He explained in his judgment that the unusual facts of the case demonstrate that, because of the bankruptcy of the parties, there remained no marital assets. It was therefore clear that there was nothing to share.

An important matter that HHJ Rogers dealt with in reaching his decision was whether the delay by the wife in bringing the claim should be “so potent a factor as to eliminate what might otherwise have been awarded”. The trial judge cited Wyatt v Vince UKSC 14 in favour of her decision. However, in Wyatt, Lord Wilson, in dealing with the effect of delay, set out that the court is likely “to reduce or even eliminate its provision”. HHJ Rogers raised concerns about the trial judge’s failure to refer to the prospect of any reduction and that the joint lives term was calculated in such as way as to cover the exact shortfall of the wife’s budget.

Counsel for the husband referred the appeal judge to the authority of Nicholas Mostyn QC (as he then was) in Rossi v Rossi EWHC 1482 (Fam). He referred extensively to his Skeleton and specifically where he says: “I would have thought, generally speaking, that it would be very difficult for a party to be allowed successfully to prosecute an ancillary relief claim initiated more than six years after the petition for divorce, unless there was a very good reason for delay”. However, Counsel for the wife pointed out that the Supreme Court had the opportunity in Wyatt, if it wished, to impose a judge led limitation period but chose not to do so. HHJ Rogers therefore felt that the appeal turned simply on the question of discretion.

In reviewing the original decision, HHJ Rogers felt that the description of the wife’s subsequent cohabitation as being “relatively short” and not “significant” were insupportable conclusions to reach. The point which troubled the appeal judge most was of there being a causal link between the relationship and the wife’s need. The husband’s position was, and remained, that the wife’s current circumstances and, in particular, her needs, were not generated by their relationship. HHJ Rogers referenced Baroness Hale in Milller v Miller; McFarlane v McFarlane UKHL 24 in which she said: “So how is the court to operate the principles of fairness, equality and non-discrimination in the less straightforward cases?….The cardinal feature is that each is looking at factors which is linked to the parties’ relationship, either casually or temporally, and not the extrinsic, unrelated factors, such as a disability arising after the marriage has ended”.

HHJ Rogers explained that the most common rationale is that, if the relationship has generated needs, it is right that the other party meets them. In Wyatt, Lord Wilson said: “In order to sustain a case for need, at any rate if made after many years of separation, a wife must show not only that the needs exist but that need has been generated by her relationship with her husband”. Similarly, in Rossi, Mr Mostyn QC said: “These passages (From Miller) suggest that, in order to justify a needs-based award, identification ought to be made of a causal connection between the need and the marital relationship”. At trial, DDJ Shedden said she had “no difficulty” in finding a causal link. HHJ Rogers disagreed entirely believing it be an acutely difficult to determine.

HHJ Rogers also took exception to the trial judge’s comments that the wife’s breakdown and subsequent health problems appeared to have been a “direct and wholly understandable result of the combination of the discovery of the husband’s infidelity, her own childlessness, the loss of her home and her bankruptcy”, and that she had “no difficulty in finding that her earning capacity remains limited now by ongoing mental health problems arising in part from the husband’s behaviour during and since the breakdown of the marriage”. HHJ Rogers disagreed with the reasoning provided and that the trial judge failed to address the obvious question of the wife’s susceptibility to such illness outside the relationship and her ability to survive, without support, for such a long period. Ultimately HHJ Rogers felt that her reasoning was “so flawed as to invalidate the conclusion”.

An issue was also raised regarding the quantification of the award. HHJ Rogers felt that the trial judge relied upon the contribution of the wife in the husband’s wealth creation even after the lapse in time. On appeal, it was decided that the figure was reached artificially since there was no payment from the husband which needed adjusting, and the house which needed to be sold at the end of the mortgage term was purchased by the wife after the divorce. HHJ Rogers felt that the trial judge’s reasoning was manufactured to relieve some of the wife’s liabilities by way of a lump sum payment and that such a decision was simply unsound.

The decision to award a joint lives periodical payment order was described on appeal as “most surprising and controversial”. Counsel for the husband queried whether a joint lives order would even have been made if the order had been made shortly after separation. HHJ Rogers was persuaded by that argument, saying that he felt that: “a joint lives order was by no means inevitable and would probably not have survived the period of cohabitation by the wife and her relative prosperity in the first decade of this century”. Ultimately, HHJ Rogers was “satisfied that the exercise of discretion was fatally flawed and cannot stand”. As such, he allowed the appeal, set aside the lump sum and joint lives periodical payment orders, and dismissed all future financial claims between the parties.

Tycoon’s battle to have divorce kept private
This site uses cookies. Find out more. Continued use of this site is deemed as consent.   CLOSE ✖