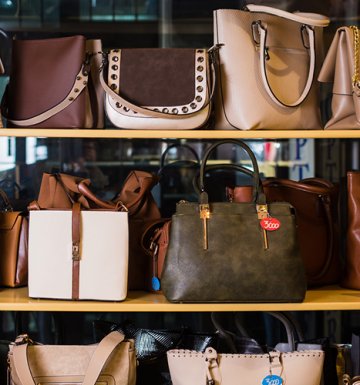 Christina Estrada has provoked some consternation in expressing her financial needs post-separation. These have included £62 million for a home, £23,000 for six ‘casual’ handbags and £35,000 for ten clutch bags, £9,400 for four bottles of face cream, among other costs including nearly £250,000 for the Presidential Suite at the Ritz Paris.

These costs might appear to stretch the definition of ‘needs’ somewhat liberally, however they clearly reflect what recent guidance published by the Family Justice council has recommended for high net worth cases – as Charles J observed in G v G, “the lifestyle enjoyed during the marriage sets a level or benchmark that is relevant to the assessment of the level of the independent lifestyles to be enjoyed by the parties.”

The Family Justice Council has, this week, published Guidance on ‘Financial Needs’ on Divorce.

The guide, published on 1 July, follows the Law Commission’s consultation on Matrimonial Property, Needs, and Agreements of February 2014, which recommended a report on two key areas:

The report sought to satisfy specific concerns of the Law Commission, in particular the regional disparity in judgments on needs, and the lack of actual definition of financial needs in the law.

The second point is crucial, especially to lower value cases, in which equality does not necessarily result in fairness. As Baroness Hale observed in Millar, McFarlane , “giving half the present assets to the breadwinner achieves very different outcome from giving half the assets to the homemaker with children.” She went on to say of financial orders, “The ultimate objective is to give each party an equal start on the road to independent living.” This is crucial in relation to cases in which a spouse has sacrificed earning potential for a carer role in the relationship; the guidance emphasises the importance of recognising marital interdependence in asset sharing.

The glossary of the Law Commission notes that “a very broad concept with no single definition in family law”. More specifically, needs refer to payments “with a view to providing income, whether made on a regular basis or capitalised, but it also includes the provision of a home, including privately owned housing where that is appropriate, and provision for old age.”

The report clarifies that ‘needs’ are dependent on the standards of living previously enjoyed by the spouses – it is not an objective concept. Thus, “cases involving more financial resources and higher marital standard of living, ’needs’ can be met at a higher level than would otherwise be possible.” Needs are therefore measured by assessing available financial resources.

Another factor in determining the lifestyle that should be enjoyed by the payee is the duration of the marriage. If, in the long run, there is to be a decline in the standard of living of the payee, this is likely to be affected by the length of time of the marriage – since the overall purpose of financial remedy is eventual independence.

The most recent guidance, therefore, confirms that provided the lavish lifestyle that Christina Estrada plans on living is one which she has previously enjoyed, then her demands are not, legally speaking, outrageous. It is in lower-cost cases in which the balance between equality and needs is more important. In this instance, the priority as far as the courts are concerned, is providing dependents (children under the age of 18) with a home and security, but also recognising the importance of non-financial contributions to the marriage and post-divorce.

To read more about financial settlements on divorce, click here

Lisa Marie Presley, and the difference between divorce and legal separation
This site uses cookies. Find out more. Continued use of this site is deemed as consent.   CLOSE ✖