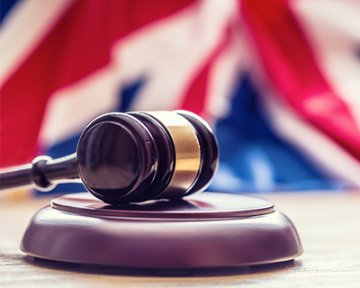 Mr Justice Cobb, sitting in the Family Court in Leeds, had to consider the validity of financial orders made in a case where the court was not aware that they were finalising financial provisions before pronouncement of decree nisi.

The applicant and respondent were married for 17 years. The parties’ relationship broke down in 2014, with the husband filing his divorce petition in the December and issuing financial proceedings in January 2015.

The case went through each stage of the financial proceedings including an FDR in August 2015. At the final hearing on 3 December 2015, District Judge Heppell found in favour of the wife, granting her unrestricted access to the former matrimonial home (FMH) and ordered the immediate sale of the property with 60 percent of the net proceeds of sale going to the wife, and ordered the husband to pay £15,000 towards the wife’s costs “as a result of his conduct in the litigation.”

The order stated that it was to take effect from decree absolute. However, at the time the district judge made the final financial orders, decree nisi had not been applied for or pronounced, as the husband (who was acting as a litigant in person) misunderstood the significance of the decree.

The husband continually tried to frustrate the order and the process by denying the wife access to the property and not completing required paperwork, while the wife was actively complying with the order engaging auctioneers and solicitors for the sale of the FMH. It was therefore “only when considering enforcement measures…that the wife’s solicitors discovered that at the time of DJ Heppell’s order, decree nisi had neither been applied for nor granted.”

The wife applied to the court to enforce the final order made by District Judge Heppell, accepting that it may not take effect until after decree nisi was obtained. The husband applied for permission to appeal the order based on his belief that it was "biased" and “unfair”, and later appealed to adjourn the hearing so that he could obtain legal advice and representation.

The husband failed to comply with court directions in preparation for the appeal hearing and never addresses the issue of the order’s validity in correspondence or his statement. Mr Justice Cobb stated “he leaves it to me to resolve it.”

’A judgment or order takes effect from the day when it is given or made, or such later date as the court may specify.’

Mr Justice Cobb referred to several cases in his judgment in order to fully understand the position of the present case. Firstly, the Court of Appeal decision in Munks v Munks where an order made prior to pronouncement of decree nisi was not able to be amended under the slip rule. In another Court of Appeal case Board (Board intervening) v Checkland the court rejected the idea that the inherent jurisdiction of the court could be used to amend a defective order.

In Pounds v Pounds the Court of Appeal held that a District Judge “had the power to approve a financial consent order in advance of decree nisi on the basis that it was not to take effect until a later date” -a ruling that was upheld in McCartney v Mills McCartney in the decision of Bennett J in the High Court where the order stated it was to take effect “on or after decree nisi.”

Lastly, Mr Justice Cobb analysed the position in NP v JP and the judgment of Eleanor J. In that case, the lower judge was aware that decree nisi had not been pronounced. In the order itself, reference was made to the wife needing to obtain decree nisi, and it stated that the ‘matter be listed for mention upon pronouncement of the decree.’

In his judgment, Mr Justice Cobb applies the principles discerned by Eleanor J in NP v JP to this case, in particular:

However, Mr Justice Cobb distinguished the present case to NP v JP as in that case the district judge was clearly giving “an indication of outcome” stating that it was to take effect after decree nisi therefore complying with both s.23 MCA 1973 and r.29.15 FPR 2010. In contrast, in the present case, DJ Heppell was “under the misapprehension that decree nisi had been granted” as were Counsel and the wife’s solicitors.

The wife’s solicitors have acknowledged that the order was made prior to decree nisi but that “proportionality, and adherence to the overriding objective should encourage the Court now to find a way of sustaining DJ Heppell’s order”, such as allowing DJ Heppell to restate a date upon which the order is to take effect.

The order stated “with effect from decree absolute,” however Mr Justice Cobb considered that this was simply used to generally regularise the order. The judgment of DJ Heppell and the order were “expressed as a final determination taking effect from the moment of judgment” rather than to take effect at a later date. Some provisions were to take effect immediately, with “sanctions” for noncompliance, therefore the statement “from decree absolute” was not effective for example against the sale of the FMH.

It is also clear that the parties perceived the order as taking immediate effect, as both parties complied with the short-term elements of the order.

“I am driven in these circumstances, to the conclusion that DJ Heppell had purported to make an order which would take immediate effect, prior to decree nisi, and that his order will therefore be a nullity…regrettably the order cannot be saved by r.29.15”

Mr Justice Cobb concluded in his judgment that invalidating the financial order made by DJ Heppell in the final hearing was “unavoidable” and the final hearing would need to be reheard by a District Judge (though not DJ Heppell). This reverts both parties’ to their positions prior to December 2015, with Cobb J acknowledging that this is “a depressing outcome for both parties” as they will have to re-argue the financial issues and incur further costs. It would be especially aggravating for the wife and her legal team who had acted on the order.

Widow loses out on £6M divorce settlement after husband dies during proceedings
This site uses cookies. Find out more. Continued use of this site is deemed as consent.   CLOSE ✖