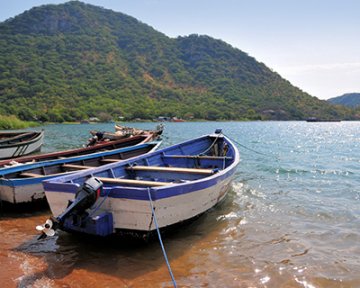 Theresa Kachindamoto, senior chief in the Dedza District in Central Malawi, has created a new law to protect women and girls in her jurisdiction. According to Al Jazeera, Kachindamoto was tired of seeing girls as young as 12 becoming mothers, and had 50 of her sub chiefs sign an agreement to end child marriage in their area.

However, not content to only save girls who are yet to be married, Kachindamoto set her sights on dissolving child marriages. Over the past 3 years she has had over 850 annulled and, moreover, sent the girls back to school.

It has actually been illegal in Malawi for people under the age of 18 to marry since last year but, for those wishing to obtain a child bride, there’s a way around. Under what’s known as ‘customary law’, meaning the laws set out by the traditional authorities of each district, those under 18 can still marry so long as they have parental consent and the marriage is overseen by the community’s leaders. When four male chiefs in the Dedza district continued to approve child marriage, Kachindamoto had them suspended, only allowing them to return to their positions once they confirmed they had annulled the marriages.

“I don’t want youthful marriages,” Chief Kachindamoto told U.N. Women, “They must go to school. No child should be found at home or doing household chores during school time.” In order to ensure this is the case, she asks parents to keep an eye on each other, and if anyone is struggling to pay the school fees, she pays for them herself.

At first many people resisted the changes, but Kachindamoto says that her community is now beginning to understand. “I talk to the parents,” she said when speaking to U.N. Women last year, “I tell them: if you educate your girls you will have everything in the future.”

The Gatwick baby: Steven Hydes thirty years on
This site uses cookies. Find out more. Continued use of this site is deemed as consent.   CLOSE ✖