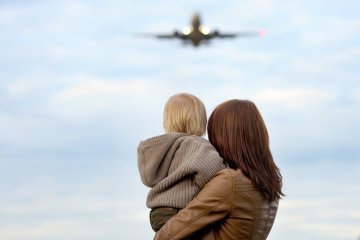 Sitting in the Family Division of the High Court, Mr Justice Mostyn considered an application under the 1980 Hague Convention on the Civil Aspects of International Child Abduction by an Israeli father for the return of his two children.

The man’s estranged wife, who is also Israeli, had failed to return to Israel with the couple’s seven-year-old twins as planned after a holiday in Thailand in July 2016. Instead, she took them to London, where she applied for asylum for herself and listed the twins as dependants. She later made asylum claims for the children in their own right. After failed attempts to persuade the mother to come home, the father issued Hague proceedings in January 2017.

Though article 11 of the 1980 Hague Convention requires judicial authorities of contracting states to "act expeditiously" when such an application is brought before them, the case did not come to trial until August 2017. This is unusual; the 1980 Convention considers any such proceedings that have not been concluded within six weeks of their commencement delayed. Under Brussels II, decisions can only be made outside this time-frame in "exceptional circumstances". As Mostyn J makes abundantly clear in his judgment, though, the very existence of an asylum claim amounts to exceptional circumstances.

The need for speed

At the crux of this case is a tension between the notion that, as the old maxim goes, justice delayed is justice denied, and the principle of non-refoulement enshrined in the 1951 Geneva Convention. In regards to the former, Mostyn J acknowledges in his judgment that delaying justice is "a bad thing whatever the subject matter of the dispute". It is, he continues, "especially bad if the dispute is about a child", as is the case in FE v YE.

Though not made explicit in the judgment, it’s worth noting that the need for speedy resolution is particularly pressing in cases concerning the removal of a child. Not only can the delay prolong any harmful effects of the removal, but the longer a child remains in their new environment, the more likely it is that the child will have integrated into the new country. This means that, while it may have initially been in the child’s best interests to return to their home country, thanks to the time elapsed, the court may find that this is no longer be the case and deny the application.

However, Mostyn J stresses that "the potential harm that may arise as a result of the breach of the expedition command is of an entirely different scale and nature to that which may arise from a breach of the principle of non-refoulement." It is this "almost sacred" principle of international law that we turn to now.

The principle of non-refoulement

The principle of non-refoulement is enshrined in article 33 of the 1951 Geneva Convention Relating to the Status of Refugees—under which asylum claims are determined in the UK. It stipulates that:

"No Contracting State shall expel or return ("refouler") a refugee in any manner whatsoever to the frontiers of territories where his life or freedom would be threatened on account of his race, religion, nationality, membership of a particular social group or political opinion."

A claimant cannot be returned unless and until their application for asylum has been denied. The determination of an asylum claim can take many months, stretching far beyond the six week window allotted for determining applications under the 1980 Convention.

In accordance with the principle of non-refoulement, the judge held that "it is impossible for a return order to be made while an asylum claim is pending." Surmising the necessity of halting the Hague proceedings, Mostyn J declared:

"It is a clear instance of principle not being sacrificed on the altar of expediency."

In the case at hand, the Home Secretary refused both the mother and children’s asylum claims a few days before the father’s application was heard in August. However, the mother has exercised their right of appeal to the First Tribunal, where the claims for asylum will be "determined anew".

The mother’s asylum claim had "considerable overlap with her defences" in the Hague proceedings. In the latter, she claimed that she and her sisters had been "grossly mistreated by her fathers and brothers", and that such mistreatment is "endemic" in her culture. This was corroborated by one of the mother’s sisters in a witness statement.

Both the mother and father are ethnically Arab, and the mother claims that the Israeli authorities "favour Jewish citizens and turn a blind eye to so-called ’honour violence’ meted out to Arab citizens." She further claimed that one of her brothers had murdered her sister, and that two of her sisters have successfully claimed asylum in Canada. The mother unsuccessfully applied for asylum there in 2014.

However, Mostyn J held that since her marriage the mother has been "largely insulated from the violence from and mistreatment by her own family". She was permitted to "live a free and emancipated life, in very comfortable circumstances" and had travelled unimpeded in Europe and Asia. The judge also highlighted the fact that she had travelled freely to both France and England in 2015, and made no attempt to claim asylum in either country. He further called attention to an email the mother sent the father in June 2016, calling him "a good man, a good father and a good husband".

The mother has further claimed that the father is not in fact the twins’ biological father, rather they are the product of a short affair. When her family find out about this and the fact the she has converted to Christianity, she says their "fury will know no bounds".

Considering the asylum application, the Home Secretary’s official found that the mother’s credibility was "fatally compromised". Her lack of knowledge as to Christian tradition rendered her apparent conversion "hard to believe", and her claim as to the true paternity of the twins was similarly spurious. On "scrupulous analysis of the evidence", the official rejected the mother’s claim that her sister had been murdered by her brother, though it is accepted that the sister in question is currently missing.

Mostyn J expressed agreement with the official and doubted that the mother’s fears were genuine, holding that they "have no objective foundation". In any case, he was "wholly satisfied" that even if her claims were valid, Israel has safeguards in place which "entirely neutralise the risks and dangers pleaded by her".

He therefore ordered that the children be returned to Israel. Crucially, though, the order is not to take effect until 15 days after the First-tier Tribunal reaches its decision on the appeal by the mother and the children. Should the tribunal allow the appeal, then the return order will be stayed. If it is dismissed but the mother seeks leave to appeal to the Upper Tribunal, the case will return to Mostyn J to decide whether the return order should be stayed further or implemented.

In doing so, Mostyn J not only ensures that this country’s commitment to the principle of non-refoulement is upheld, but also allows for the expedient return of the children in the event that asylum is not granted on appeal.

An international treaty between countries, under which nations co-operate in relation to issues of international child abduction.
“Ayesha Vardag - Britain’s top divorce lawyer.”

New York woman who lost custody of her children over a religious upbringing clause wins legal battle
This site uses cookies. Find out more. Continued use of this site is deemed as consent.   CLOSE ✖