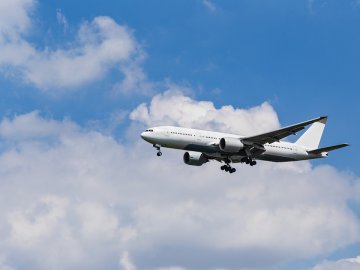 Mr Justice Holman has given a summary of the current state of the case of MA v RA heard on 27 October 2017 in the Royal Courts of Justice. The case, adjourned for a final hearing on 23 November 2017, concerns a father’s application for the return of his daughter to America where he and his son reside. The mother, now in England with the daughter, has issued a defence of two parts. However the surrounding facts of the case mean that unless the mother returns to America, she is unlikely to see her son for the foreseeable future.

Background of the case

The parents, both of Pakistani descent, married in Pakistan in August 2005 in what was purportedly an arranged marriage. They subsequently moved to the US, more specifically to Florida, where they hold citizenship. The parties have a son and a daughter who both hold citizenship in the US and are habitually resident there. The son is aged 8 and remains with the father in the US and the daughter, whom the application by the father is regarding, is aged 5 and currently residing with the mother in England.

The father started proceedings under The Hague Convention on the Civil Aspects of International Child Abduction after the mother travelled to England on 1 May 2017 with their daughter. He is pursuing an order for the summary return of the daughter to America.

The mother, represented by Ms Cliona Papazian, raised two defences. The first defence was that the mother’s act was not one of abduction but rather of a mother and child being ‘stranded’ in England having been sent there on a one-way ticket by the father. Mr Justice Holman, having clarified in the opening of his summary that he is not “deciding or ruling upon anything” but rather outlining the current stage of the case, did not expand on this first point.

The second defence raised is pursuant to Article 13(b) of the Hague Convention. It is the argument that the return of the daughter to America would expose the child to a “grave risk of physical or psychological harm, or otherwise place her in an intolerable position”. With regards to this point of defence, the mother asserted that she “suffered twelve years of severe psychological, emotional, and physical torture and abuse by ” as well as her parents-in-law. She also claims that the father is a “chronic alcoholic”, something that the father adamantly denies in his statement from October 2017. He does admit that he used to have a drinking problem in the past but that this is no longer the case following the treatment he received.

The difficulty for the courts regarding fact finding when there is such a serious allegation and, in response, a strong denial is addressed in RE E (Children) (Abduction: Custody Appeal) . The judgment, referred to by Mr Justice Holman, set out a test to be used in such cases. Firstly, it should be asked whether, if true, the allegations made would mean the child involved would be at grave risk of being exposed to physical or psychological harm or otherwise placed in an intolerable position. If the answer is affirmative, the court must secondly ask in what ways the child can be protected from such a risk. This judgment of Re E also raises the importance of international cooperation, a big consideration in MA v RA.

Mr Justice Holman considers the mother’s defence under Article 13(b) of the Hague Convention with the view that in isolation, if the daughter was the only child, it may well have proved a successful defence if the mother’s statements were found to be true. However, the son who remains in America must be taken into account in this case. The main consideration here is that if the mother were to succeed in not going back to America with the daughter, it is unlikely she would see her son, or that the son and daughter would see one another for a considerable length of time, if at all. This is because it is inconceivable that the father would voluntarily allow the son visit the mother and daughter in England. To complicate the matter further, there is no factor to connect the son, an American citizen, to the courts of England and Wales.

The reality of the situation is that the mother will, at some point, need to return to America which means that the position of the mother will need to be sorted out there. The courts in both England and America must now consider the protective measures and safeguards that can be put into place in order to offer the mother and daughter protection until matters are resolved in America.

Ms Papazian, for the mother, set out some protective measures that would be needed in order for the mother to consider travelling back to America. There is some agreement from Ms Kate Chokowry, representing the father, following her numerous telephone conversations with her client given his absence from the English court. It is made clear that the mother will not consider returning unless the protective measures are enshrined in proceedings in America to ensure their enforceability. Such provisions are not without precedent and it was the case in Re M (Abduction: Hague Convention: Article 13(b)) that the judge included in the judgment that a precondition of return was that there must be a consent order in the American court to ensure enforceability.

Prior to the hearing in late November 2017, the mother is to submit a draft order setting out the conditions that she considers essential in order for her to consider submitting to the order for the return of her daughter. Following this, the father can consider the draft and state to what extent he is willing to give those undertakings. The father will also be required to submit evidence of the enforceability of these undertakings in America, including the timescales and costs.

Whilst this is not a judgment in the normal reading of the word, Mr Justice Holman outlines the key arguments and the progress in the case thus far, ahead of the hearing on 23 November 2017. It is a complex multijurisdictional case that focuses on the welfare of all the children impacted by the decision, not just the child to whom the order pertains. We wait to see the judgment in late November, in anticipation of the parents coming to an arrangement which will see the mother and daughter moving back to America with sufficient measures of protection in place there.