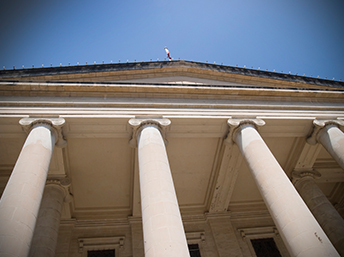 The Court of Appeal, at the end of May, dismissed a father’s appeal against an order that his 3-year-old son be returned to live with his mother who had previously "abducted" the child to Malta for a year.

The parents’ relationship broke down in 2013, not long after the birth of their child ‘S’. In August 2013 a “family holiday” to Malta was planned. The father lost his job shortly before the holiday, and the mother chose to take S and her other son to Malta, where they lived for a year, as she claims it was part of an agreed plan to relocate to the island. However, the father claims there was no such plan and she in effect abducted his son.

In October 2013, the father made an application under the Hague Convention 1980 for the return of S to the UK, and the Maltese Court ordered S’s return on 18 September 2014. The father was forced to affect this order in October 2014 after the mother refused to comply with the direction.

Then in October 2014 the mother applied for a child arrangements order and permission to remove S to Malta (she later dropped the latter application). The father applied to make S a ward of the court in December 2014, and subsequently began to frustrate contact between the mother and S.

The final hearing in this application was before HHJ Hindley on 22 December 2015 which ordered a child arrangement order in favour of the mother. The father appealed the decision.

In his judgment Mr Justice Keehan highlighted the fact, as per the judgments of Piglowska v Piglowski and Re J (Child Returned Aboard: Convention Rights) , where a judge in a lower court has used their discretion in reaching their decisions but applied the law appropriately, it was not within the jurisdiction of the Court of Appeal to undermine those decisions unless a misuse of their responsibility or an error in interpretation of the law has occurred.

The father appealed the decision on the grounds that the judge hadn’t given sufficient weight to the risk and lack of safeguards to prevent the mother trying to remove S from the UK in the future, and the impact on S of the mother having a new partner. Further, the father maintained that the judge made unfair assumptions about his character ignoring that S had lived in his sole care for 12 months, and had given too much consideration to the relationship between S and his older half brother.

At the appeal hearing, the father submitted that the mother’s new partner was a danger to S, and that the judge had not sufficiently taken heed of the Cafcass officer’s recommendation that the child should live with the father. The mother submitted at the appeal that the judge had in fact undertaken a “comprehensive and balanced assessment of S’s welfare needs,” reviewing the expert reports and fully considering each of the elements of S’s life.

Firstly, with regards to the risk of a future abduction, HHJ Hindley made reference to the Maltese judgment of September 2014 when making her decision and referred to the father’s fear of another abduction in her decision. She also commented that the mother had indicated in a previous hearing that she intended to remain in the UK with the children and withdraw her application for leave to remove. Therefore, Justice Keehan discerned that the former judge did not consider a future risk of abduction to be likely, and therefore this ground of appeal is not satisfied.

Further, the court discerned that sufficient safeguards were established to prevent such an occurrence, including Cafcass performing checks at the mother’s home. There were no concerns as to the mother’s ability to care for S, or her older child, both materially and emotionally. Mr Justice Keehan discerned during evidence that the father expected a full check of the mother’s circumstances including undisputed issues which was beyond the scope of the Cafcass Officer’s role. Checks were made at the child’s school, and doctor, but more substantial checks were unnecessary and therefore the father’s appeal on this ground can not be supported.

HHJ Hindley presided over the five day hearing in December and made her assessment of the father based on the evidence presented as to the behaviour and actions of the parents. Although the father states that her observations were incorrect, Justice Keehan stated in his judgment that the judge was entitled to reach her decision as to the father’s character based on the evidence presented, and he did not “find any basis upon which her findings or observations can be impugned.”

With regards to the mother now having a new partner, Mr Justice Keehan considered that the judge had taken a full account of the potential risks posed by the new man in S’s life. The judge had reviewed the role played by him “and the criminal proceedings brought against him.” However, the mother stated that the man was not her new partner, and Cafcass found no evidence of him living at the house. HHJ Hindley found the man aggressive and unreliable when giving evidence, and viewed him as “an unassessed risk” with regards to S. The judge therefore ordered no contact between the man and S. Keehan J in his assessment considered that HHJ Hindley had thoroughly examined the situation and the impact of this new partner and had acted accordingly.

The father objected to the weight placed on the need for S to live with his half brother. However, Justice Keehan discerned that “the importance of raising siblings together, if at all possible, is a trite statement of childcare practice which is universally accepted.” HHJ Hindley had reviewed the evidence and considered that the brothers were currently able to enjoy a close relationship, and should be given every opportunity to continue to do so. The Cafcass officer supported such an assessment, commenting that the children consider themselves as brothers rather than half-siblings as the father was trying to emphasise.

S was upset at being separated from his mother; HHJ Hindley found that the father was trying to downplay the emotional distress of S in his oral evidence. There is a clear and established relationship between S and his mother, and there is no concern as to her ability to care for him and provide for his needs. Keehan J therefore considered that the judge had given sound reasoning for her ruling that S should return to his mother, and that it involved no error in legal interpretation.

Finally, with regards to the Cafcass report of June 2015, the officer recommended that S should stay with the father only in as much as it maintained the ‘status quo’ in lieu of any official direction from the court. It was clearly not a definitive attempt to influence the court’s decision. The officer qualified this position by discerning that contact arrangements with either party as necessary after the court ruling would be easily negotiable. Keehan J discerned that HHJ Hindley reviewed the Cafcass officer’s report and correctly ascertained that the judge did not error in considering that the report could not be determinative in this case and that no concluded opinion as to the mother or father as the most appropriate carer had been given.

Judge Keehan was satisfied that HHJ Hindley QC had not erred in her analysis and judgment at the December 2015 hearing in this case, and that in using the evidence before her, she had assessed the most appropriate solution for S with a strong consideration as to his welfare. HHJ Hindley acting within her jurisdiction, was able to reach the conclusion that the best option for S would be to live with his mother and brother. Judge Keehan stated in his conclusion that “in no sense could that exercise of judicial discretion be said to be flawed, erroneous or wrong.” He therefore dismissed the father’s appeal. Lady Justice Black and Lord Justice Beatson agreed with the judgment.

Don’t show me the money: what motivates altruistic surrogates?
This site uses cookies. Find out more. Continued use of this site is deemed as consent.   CLOSE ✖