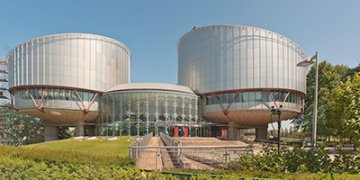 The European Court of Human Rights determined earlier this year that the Court of Appeal in Germany was right to exclude the applicant father Mr Buchleither from his daughter’s life indefinitely.

The child in question was born in June 2003, and the parents separated shortly after her birth, with the mother retaining sole parental responsibility.

In April 2004, Mr Buchleither filed his first request for contact with Neustadt/Weinstraβe Family Court which granted supervised contact until October 2004. A further agreement was reached in December 2004.

The supervising Youth Office refused to be involved further in this case due to the parties’ behaviour, and in July 2005 another association was appointed, who similarly ceased to be involved in October 2005 due to the mother’s behaviour. Consequently the father requested that the court “impose a coercive fine on the mother in order to enforce contact rights,” which was denied with the parents subsequently agreeing a court-approved contact arrangement which was largely followed.

In September 2006, the family court appointed an access facilitator (Umgangspfleger) and contact was implemented in a fairly regular way. However, the relationship between the parties deteriorated further still. In May 2007 the applicant father applied for contact to be extended, for a custodian ad litem (Verfahrenspfleger) to be reappointed, and for a coercive fine to be imposed on the mother. Counter to this application the respondent mother requested that the contact be suspended for two years.

The family court agreed to the respondent mother’s application, based on a psychiatrist’s report, and contact was suspended until December 2009. At which point the father was granted fortnightly contact which did not take place, and the mother was granted additional suspension of contact.

In 2011 the applicant pursued his request for contact and requested that the Zweibrücken Court of Appeal order the mother to supply regular information on the child’s development.

The psychiatrist reviewed the child’s circumstances further and advised the Court of Appeal that suspending contact with the father was the least damaging approach available, and would be in the child’s best interests due to the continuous conflict between the parties. This opinion was seconded by the child’s guardian, who advised only indirect contact should be permitted.

In October 2012 all contact between the father and the daughter was suspended indefinitely, pursuant to articles 1696 and 1684 of the Civil Code which entitles a parent to have contact with their child except in circumstances where it would be against the best interest of the child. At this stage in the proceedings, there had been no contact between the applicant and the child for four years, “and that he had become a stranger to her.” The child had stated that she did not want to see her father, and experts had confirmed that she only had bad memories of him.

“The Court of Appeal considered that the child’s attitude had been influenced by the loyalty she felt towards her mother, who continuously talked negatively about the father. The child felt obliged to feel the same way as her mother. She longed for the dispute between her parents to come to an end so that she would no longer be exposed to a conflict of loyalties. She saw rejecting her father as the only way to preserve at least her mother’s love.”

The Court of Appeal sought to find the balance between the potential psychological damage that can occur through losing contact with a parent, and forcing the child to have contact with a parent. The court considered that repairing the parent’s communication between each other may be necessary before contact could take place. To this end, although the father had agreed to try mediation, the mother refused and so no improvement in this area had occurred. As no mediation had been successful, the applicant father was not granted access to his daughter.

“It is up to the mother to overcome her aversion to the father, and up to the father to learn that contact can only be reinstated through patience, restraint and understanding of both the mother’s and child’s feelings. It is furthermore not ruled out that the child, with advancing age and maturity, will be able to detach herself from her parents’ dispute and seek contact with her father herself. The present decision does not exclude these options.”

The father therefore took his case to the ECHR as he claimed the Court of Appeal had, in suspending contact with his child indefinitely, breached his Article 8 right, the right to respect for his family life. He argued that contact would not result in child endangerment and suspending contact for an indefinite period of time with no opportunity for review was a disproportionate response.

The ECHR declared by a vote of four to three that there had not been a violation of Article 8 of the Convention in this case.

Although the Court of Appeal had potentially breached Mr Buchleither’s Article 8 right, the reason for the decision and the grounds upon which it was made were well-founded, based on the particular circumstances, and the, lower court had acted within their jurisdiction. Interference with or breach of a European Convention right such as Article 8 can be permitted by a domestic court if the decision made is in accordance with domestic law, is in order to achieve legitimate aims, and necessary in the circumstances.

The ECHR considered that the Court of Appeal in reaching its decision to indefinitely suspend contact had sufficiently reviewed expert reports and the advice of the child’s guardian and various social workers that contact would be damaging and not in the child’s best interest. Weight was also given to the views expressed by the child, who was then nine years old, that she did not want to continue contact with her father. Therefore, the ECHR considered that the Court of Appeal’s decision related to the child’s welfare.

Furthermore, the ECHR considered that the reasons given by the Court of Appeal for reaching their decision were sufficient and fair in the circumstances which is required in terms of breaching Article 8, “whilst Article 8 contains no explicit procedural requirements, the decision-making process involved in measures of interference must be fair and such as to afford due respect to the interests safeguarded by that provision.” Therefore, in this respect the Court of Appeal had reached their decision in order to achieve a legitimate goal, and acted in accordance with their own domestic laws.

ECHR found that the father would be entitled to request proceedings for a review at any time during the suspension under s.24(1) of the Family Matters Act, “this means that the regulation on contact rights, even if it is part of a final judicial decision, remains open to change.” The success of such an application could not be stated but the court noted that the father had not attempted this domestic route.

In addition, the Court of Appeal judgment reflects that the child may change her mind and seek contact from the father and that suspension of contact is the correct approach ‘for the present time,’ which alludes to impermanence. Therefore the ECHR considered that there were sufficient procedural safeguards in place.

“The Court notes that the Court of Appeal gave clear reasons for its decision as such by assessing the parents’ previous conduct both in and outside the courtroom, the necessity of an improvement of the parents’ communication before reinstating contact and the possibility of a successful recourse to mediation. It further referred to possible changes in the future. However, the decision is unclear in so far as it emphasized that the exclusion of contact rights was the best solution “at present” while not limiting it in time.”

“ Court of Appeal’s decision of 19 October 2012 to suspend the applicant’s contact with his child did not overstep the margin of appreciation afforded to the domestic courts in matters concerning a parent’s contact with his or her minor child, and can still be regarded as having been ‘necessary’.”

Given the psychological effect upon the child and the parents’ unwillingness to resolve their conflict and communication issues, the Court of Appeal had acted in a way to ensure the child’s welfare. Therefore the court had acted for a legitimate purpose in accordance with the law, and in the best interest of the child concerned.

Yamato Tanooka and Japan’s complicated history with child abandonment
This site uses cookies. Find out more. Continued use of this site is deemed as consent.   CLOSE ✖