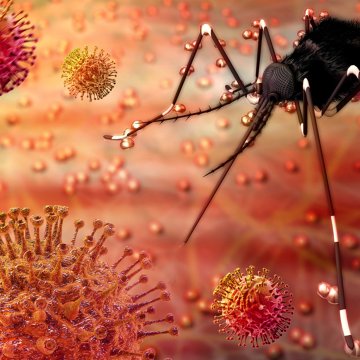 As the Zika virus continues to spread across the Americas, countries including Colombia, Ecuador and El Salvador are calling for women to avoid pregnancy in the foreseeable future.

Though no link has yet been proven, the Zika virus correlates strongly with microcephaly, a birth defect causing incomplete brain development and unusually small heads.

Unfortunately, delaying pregnancy is easier said than done in regions where ’around half of all pregnancies are unplanned and sexual assault is prevalent’, according to The Guardian. Furthermore, abortion is illegal or heavily restricted in the majority of Zika-afflicted countries; in El Salvador, abortion is illegal even when the pregnancy was the result of rape or when the mother’s life is at risk.

In El Salvador, women who suffer miscarriages are routinely accused – and often convicted – of murder. Fears that Zika increases the risk of miscarriage will do little to rebuild women’s trust in a public health system that may have them jailed for losing a baby.

A troubling trend is emerging from governmental calls to delay pregnancies: the responsibility for pregnancy is always placed on the woman. In socially conservative societies where sexual violence is rampant and sexual education is limited, it is naïve to assume that women will be able better to control their reproductive functions simply by ’making an effort’.

According to Ormusa, reported incidents of sexual violence last year in El Salvador averaged more than five per day; we can speculate that more went unreported. Despite this, legislation to introduce mandatory sexual education in schools has been delayed for the past two years.

Even families who are willing to delay their plans to get pregnant will encounter difficulties: birth control is difficult to come by in Latin America, especially for low-income households. The Guttmacher Foundation reports that 23 million Latin American women are unable to acquire the birth control they need, which accounts for an astounding 75 percent of pregnancies. Salvadoran doctors who spoke to The Guardian have not seen an increase in women seeking birth control since the Zika outbreak. Even when birth control is available and affordable, better family planning education is sorely needed.

Mock Shock: The long-term girlfriend of a millionaire is allowed to keep the property she was gifted during their relationship!
This site uses cookies. Find out more. Continued use of this site is deemed as consent.   CLOSE ✖