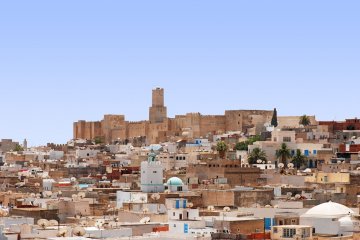 It is hardly a coincidence that Beji Caid Essebsi, President of Tunisia picked 13 August to announce a review of the nation’s inheritance law.

This was National Women’s Day, a Tunisian public holiday celebrating the anniversary of the promulgation of the Code of Personal Status. The Code was enacted by beylical decree in 1956 and consists of a series of laws explicitly designed to improve equality between the sexes. Among other things, the code created a judicial procedure for divorce, abolished polygamy and introduced the requirement that marriage be made only by mutual consent.

While Tunisia is often considered one of the most progressive Arab countries, the Code of Personal Status did not enshrine full gender equality in law. For all its significance, the code nevertheless reinforced the notion that the man is the head of a family, allows only fathers to be given legal guardianship over children by default and limits the inheritance rights of women. This latter provision could, however, be set to change.

In the wake of the Jasmine Revolution, which led to the democratisation of Tunisia, the National Constituent Assembly adopted a new constitution. Though Article 21 of Tunisia’s Constitution of 2014 declares that male and female citizens are "equal before the law", examination of the nation’s inheritance laws suggest that this is not currently the case. Section 103 of the Code of Personal Status stipulates that "where there are any sons, the male inherits twice as much as the female".

This law, according to Mona Ibrahim, the deputy leader of Tunisia’s Ennahdha party, "goes to the heart of the Islamic religion". It is rooted in a passage from the Quran, on the basis that a man, unlike a woman, is required to use his wealth to support his family.

Under the 2014 constitution, Tunisia is a civil state, though Islam is its national religion, practiced by 99% of its citizens. President Essebi is the leader of Nidaa Tounes, a secularist party that won a plurality of seats in the last parliamentary election. Following the result, Nidaa Tounes formed a coalition government with the Islamic Ennahdha Movement, which gained the second largest vote share.

In his call for equal inheritance rights, Mr Essebi said:

’’We will find a way to reconcile religion and constitutional principles. The inheritance is an issue for humans. God and His prophet left humans to manage these issues.’’

Mr Essebi’s announcement received a mixed response, with some Muslim clerics voicing opposition to a reform they see as non-compliant with scripture. Yet the news has been welcomed by some activists, including Wafa Ben-Hassine who told NPR that "to have a letter of the Holy Book guide a state is not recommended in any country". She continued to say that she did not have a problem if others wish to follow religious guidance when it comes to inheritance, but that this should not be "the default" in law.

In what is the first move towards legal reform, the president announced the launch of the Commission of Individual Freedoms and Equality, which will prepare a report on the reforms necessary to bring the law in conformity with the principles of equality enshrined in the constitution, as well as with international standards.

Another issue to be considered by the committee relates to interfaith marriage. Currently, if a non-Muslim and a Muslim woman wish to marry in Tunisia, the man must convert to Islam and provide proof of this spiritual rebirth. Muslim men, however, have the legal freedom to marry a woman from any religious background.

In Islamic marriage contracts, the husband must pay his future wife Mahr, or a dowry. Failure to do so means that the marriage cannot be legitimately consummated. While the Code of Personal Status kept this provision, in Tunisia the Mahr is often largely symbolic and can be of nominal monetary value. Unlike some other Muslim countries, in Tunisia a wife is not obliged to return her Mahr if the marriage ends in divorce.

Under the Code of Personal Status, talaq divorce is forbidden—a man cannot unilaterally divorce is wife via oral pronouncement; it is strictly a judicial matter. A court can grant a divorce on the basis of:

a) mutual consent of both parties

b) the request of one party without specific grounds

In the case of c), the court may award compensation to the injured party, sometimes in the form of alimony payments.

In Tunisia, all custody cases are settled based on the best interests of the child. However, while women may be granted custody of their children, only fathers have an automatic right to legal guardianship. The mother may provide daily care for the child, but certain significant life decisions must be approved by the father. A judge can, however, confer guardianship onto a mother if the father is deceased or proves unable to exercise his duties.

Unfortunately, this provision applies only children born to married parents; there is no legal jurisprudence for unmarried mothers to have sole guardianship and illegitimate children do not enjoy the same legal status as legitimate ones. Before 1998, illegitimate children were prohibited from taking any surname, making it impossible to obtain a national ID card and difficult to find formal employment. This was subsequently changed to allow for a child born outside wedlock to take their father’s surname only if paternity is proven. The father will then gain legal guardianship over the child and is obliged to provide financially for the child.

Family law in Tunisia: what next?

As we’ve seen, though Tunisia has made vast strides towards parity between the sexes, there are several laws that do not afford women the same rights as men and, as such, in could be found to be unconstitutional.

Once the commission, comprised of both male and female academics, legal experts and activists, publishes their findings the country may once again be tasked with negotiating the balance between upholding gender equality in law and respecting the rights of citizens to live their lives in accordance with Islamic doctrine.

However, with no date set for the release of the Commission of Individual Freedoms and Equality’s report, it is not yet possible to suggest a timescale for any potential reforms.

NHS placement confirmed for suicidal teen girl at the centre of damning judgment from Sir James Munby
This site uses cookies. Find out more. Continued use of this site is deemed as consent.   CLOSE ✖