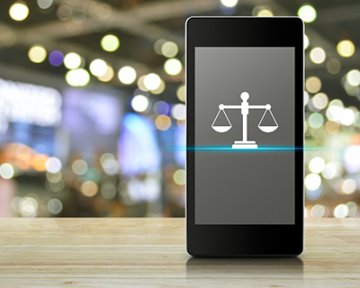 The digital revolution continues its unstoppable march into the courtroom. An Australian start-up has developed an app which purports to assess the chances of spouses succeeding in a financial settlement or child custody action.

Across the world, rising costs of litigation (both in terms of representation and legal fees), have contributed to the reluctance of spouses to pursue litigation as part of a divorce. In the UK, comments made earlier this year by Lord Thomas of Cwmgiedd, the Lord Chief Justice, shed light on the falling number of small claims (under £25,000) going to litigation, ostensibly because of rising costs. Earlier, Family Law News reported on Lord Thomas arguing that this risks cutting many low income earners out of the justice system altogether.

Veriluma, the developer, is hoping to raise AU$3.5m to market the app, which will assess the likelihood of a litigant winning an action following a divorce. The company is hoping that it can take its successful decision-making software, which it has used in the defence and financial services industry, into the courtroom.

The company’s CEO, Elizabeth Whitelock, claims that the app will relieve pressure on the struggling family court system of Australia by discouraging litigants who have little chance of a favourable settlement.

This is not the first time that tech companies have attempted to enter family law. In 2012, Silicon Valley developers created Wevorce, an app which attempted to streamline divorce proceedings by assisting customers with paperwork and encouraging couples to amicably pursue alternative dispute resolution. This is perhaps less radical than it seems; for many years there has been a thriving industry of companies offering cheaper alternatives to divorce. Spouses with a lot to gain (or lose) however, usually ended up pursuing litigation. Wevorce is more of digital iteration of an existing product.

What makes Veriluma’s app unique is that it bypasses alternatives altogether and calculates the likelihood of winning a court battle. In this sense, the app appears to be more akin to ‘no-win, no-fee’ style of legal representation. It is unclear however, exactly how the application will calculate the likelihood of a settlement and what data it will use. Whitelock, interviewed by The Australian said only that “the inputs don’t have to be hard data per se”, and that they don’t “always have to be a hard fact — it can be a gut feeling about something”.

Veriluma has a reputation for using soft inputs (or no inputs at all ), rather than big data, to calculate outcomes. For example, it has calculated credit ratings using not just the borrower’s age and income, but also the Reserve Bank governor’s outlook on interest rates. However, it is difficult to know how the company will translate this experience into marketing a consumer-facing product.

The app is perhaps one of the more extreme answers to the rising cost of litigation. Even the UK legal system is looking to unorthodox ways to harness the digital revolution to reduce costs. Just last year, futurologist, Professor Richard Susskind published a report suggesting that a cheaper, online court could be in place within two years and an interim report from the Briggs review, which will be published in full sometime in the future, suggested that an online court, which cut lawyers out of the dispute resolution altogether, may be the solution to rising costs.

The Law Society reacted conservatively to both reports, saying that a lawyer’s advice was essential in ensuring the right outcome was reached in any dispute resolution process and that cheaper alternatives risked “condoning a two-tier justice system where people who cannot afford professional advice are forced to represent themselves, putting them at an unfair disadvantage”. It might be fair to assume that their reaction to Veriluma’s app would be similar.

Virginia now recognises the legal status of same-sex cohabitation
This site uses cookies. Find out more. Continued use of this site is deemed as consent.   CLOSE ✖