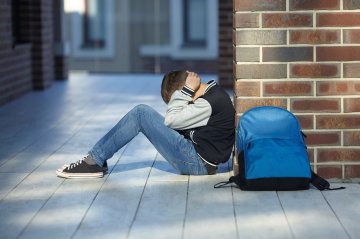 Research has long suggested that adverse family experiences and involvement with the family justice system at a young age can be linked to an increased likelihood of offending including both private and public law matters.

A recent report conducted by the Ministry of Justice Analytical Services has analysed family court data to look further at the possible link between adverse family experiences and proven youth offending. Though the family justice system deals with a range of issues arising from family breakdown, including divorce, adoption, and other children matters both private and public, the analysis is focussed on the public law system.

The correlation between offending and youths involved in public law matters is more dramatic than in other areas of family law. In 2015, Lord Lamming led an independent review which found that children in care are six times more likely to offend than the general population. The report sought to analyse the “overlap between welfare and youth justice cohorts”, and in particular, at how the age and gender of a child can affect the likelihood of them offending in the future.

The analysis undertaken in relation to the age of the child indicated that the likelihood of committing a proven youth offence is affected by the age at which a child was in contact with the public law system. It was found that the number of children who offended increases with age of first being involved with the public law system, peaking when the child was 14 at first contact. From the age of 14 onwards, the number of those offending decreased with increasing age. Looking at the reasoning for this, the report suggests that teenagers are more likely to be placed into a home, rather than into foster care, which have the highest rates of youth justice system involvement compared to other care placement options.

The MOJ’s report highlights the importance of the use of preventative approaches in the early years of a person’s life. It is suggested that given the effect of age and gender, those who are involved in public law proceedings during their teenage years, and particularly females, may “benefit from targeted support and intervention around their offending”.