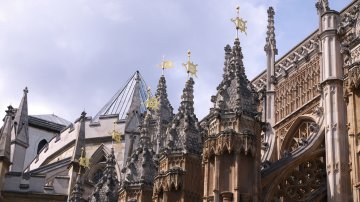 A ’Family Justice’ Bill which seeks to shake up family proceedings had its first reading in the House of Commons this week.

Suella Fernandez, the Conservative MP for Fareham, introduced the bill on Tuesday.

Writing in the Times on Tuesday, Ms Fernandez recommended limiting financial remedies and maintenance for spouses who have split: "The reality today is that most women are able to support themselves and so divorce should not mean an automatic entitlement to lifetime support from an ex-husband", she said.

Only last week a senior judge spoke out in defence of maintenance payouts. The current system has some flexibility whereby a judge can award financial support at their own discretion if they deem it necessary. Lord Justice Wilson suggested that politicians "believe too readily what they read in the papers" and that in many cases he had seen, these proposed limits would have had "grotesque consequences" for families.

Ms Fernandez’s proposals seek to address the changing nature of marriage in England and Wales. Her article pointed out that no-fault divorce is "long overdue" and that despite being the fastest growing type of family cohabiting couples have "no rights in the event of a split". Ms Fernandez also argued that the enforceability of prenuptial agreements should be set out by parliament, providing assurance to the growing numbers who build up their assets and marry later in life.

This Bill is expected to have its second reading debate on Friday 12 May 2017.

Senior judge speaks out in defence of divorce payouts
This site uses cookies. Find out more. Continued use of this site is deemed as consent.   CLOSE ✖