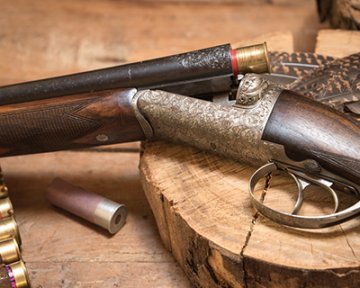 The estranged cousins of a Los Angeles man who died in June 2015 have announced their plans to destroy the deceased’s stockpile of weaponry, valued at $5 million, if probate court grants them the fortune.

ABC News describes the late Jeffrey Lash as a “science superstar in high school” turned “loner, who told told neighbors he worked for the CIA”. His body was found in an SUV last year, and an autopsy concluded that the 60-year-old died of natural causes.

The authorities found 1,500 guns, 6.5 tons of ammunition, nearly $250,000 cash and over a dozen “survivalist-type vehicles”, but Mr Lash’s plan for his stockpile remains a mystery.

Mr Lash died unmarried and intestate so, in accordance with California family law, his closest living relatives should inherit the estate This makes Mr Lash’s estranged cousins the rightful heirs to his fortune. However, in a dramatic twist of events, the deceased’s relatives have declared their intention to destroy Mr Lash’s guns.

“We want them destroyed rather than have them returned back into commerce, gun dealers, auctions gun shows,” Daniel Brookman, the heirs’ attorney, told reporters.

Brookman describes his clients as “ordinary citizens” who are “not particularly political”, but “had a revelation” after the San Bernadino shooting, which killed 14 people and left 22 more seriously injured. This, Brookman claims, ignited serious concerns over the risks posed by assault weapons, and motivated the cousins to destroy the weapons, “not just as a symbolic gesture…but as a real-life event”.

This comes at a contentious time in US politics regarding gun control. In the wake of the Orlando nightclub massacre, during which a lone gunman killed 49 people and injured 53 others, earlier this week Democrats organised a sit-in on the House floor, in protest over the Senate’s failure to introduce new gun safety legislation.

Although Mr Lash’s arsenal was purchased legally, police are unable to account for how he paid for it, as there was no evidence that the enigmatic Mr Lash had ever been employed. However his ex-fiance, Catherine Nebron, claims that she would “bank roll” his purchases “in the name of national security” after he allegedly convinced her that he was a secret agent who had thwarted many recent terrorist threats.

Mr Lash’s secret trove of weaponry was discovered “stacked to the ceiling” at Ms Nebron’s Pacific Palisades townhouse. Ms Nebron further alleges that in addition to his deceit, Mr Lash was physically abusive. Her attorney argues that as she paid for the weapons, they belong rightfully to her.

Determining ownership of the weaponry is now a matter for probate court, where the case is headed in July.

Billionaire real estate magnate Harry Macklowe to divorce wife of 57 years
This site uses cookies. Find out more. Continued use of this site is deemed as consent.   CLOSE ✖