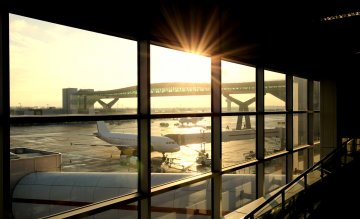 Re M (Children) (Suspected Trafficking - Competent Authority) EWFC 56, is a care proceedings case which involved the potential human trafficking of two children, aged two and four, who had been brought to the UK from Namibia by their grandmother.

This case required the involvement of the Home Office’s “Competent Authority”, through a referral to the National Referral Mechanism. The Competent Authority was asked to consider whether there were sufficient grounds to decide that the children were victims of trafficking.

Mrs Justice Parker looked at the role of the Competent Authority in investigating human trafficking within care proceedings. Under the Council of Europe Convention on Action Against Trafficking of Human Beings (the “Convention”), before the court may proceed, the Competent Authority must first determine whether there are reasonable grounds to believe a person is a victim of trafficking. Should the Competent Authority decide that there are reasonable grounds, it must make enquiries and conduct investigations to then reach a “conclusive grounds decision” on the balance of probabilities as to whether the child is a victim, which will in turn begin support services for the victim.

The Competent Authority informed the court on 14 March 2017 that is had made its conclusive grounds decisions in respect of both children, saying that it could not be established that they had been brought here for the purpose of exploitation. Following the hearing in March 2017, the court was satisfied that the Competent Authority’s decision brought “to an end the court’s role in respect of these children”, and that it would now be for the Namibian court to conduct any further investigation. The court expressed that the children should remain in interim care until they were to be reunited with their grandmother at the airport in a few days’ time. Mrs Justice Parker, of the interaction between the court and the Competent Authority, said “this type of investigation must be progressed with the utmost speed in accordance with the duties placed on the Competent Authority and the court should endeavour to facilitate communication and engage in as much decision making as it can at the earliest opportunity”.

Secure accommodation orders are not a matter for the High Court, says judge
This site uses cookies. Find out more. Continued use of this site is deemed as consent.   CLOSE ✖