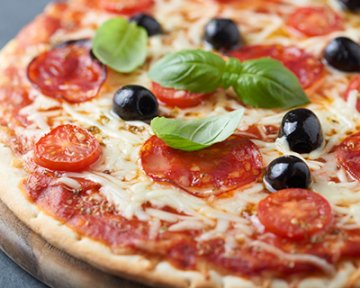 A 50 year-old pizza baker from Padua, Northern Italy was granted permission to pay his ex-wife alimony in pizza—entitling her to €400 worth of pies and calzoni every month.

A chance discovery in Padua courthouse by an Italian reporter has thrust a truly remarkable family law story into the spotlight. As The Telegraph reports, journalist Lino Lava, on the look out for new scoops, came across a case where a man was acquitted for not paying child maintenance. His curiousity piqued due to the rarity of such a ruling, Mr Lava decided that the case warranted a closer look.

The case concerned Nicola Toso and Nicoletta Zuin ,who divorced in 2002, when their daughter was six years-old. In accordance with the divorce settlement, Mr Toso subsequently paid €400 per month in child support.

However, in 2008, the global economic crisis began to take its toll on Mr Toso’s finances. This, he claims, coupled with the fact that he had remarried and fathered three more children, left him unable to pay the figure.

His solution to this predicament was certainly creative. In lieu of cash, Mr Toso began offering Ms Zuin complementary dishes from the pizzeria he managed.

As presiding judge Chiara Bitozzi wrote in her ruling, this offer was “promptly rejected as ‘beggar’s change’”. Ms Zuin then filed a criminal complaint against Mr Toso.

Sonia Della Greca, Mr Toso’s attorney, refuted the claim that Mr Toso’s offer was an attempt to fob off his ex-wife. Mr Toso’s financial misfortunes were genuine, she argued, pointing out that the baker’s debts had forced him to eventually close the pizzeria in 2010.

Furthermore, Mr Toso had upheld all other parental responsibilities towards his eldest child, keeping visitations and, according to his daughter’s own deposition, integrating her into his new family unit.

In 2011, the daughter, then 13 years-old, decided to reside with her father, after her relationship with her mother broke down. Judge Bitozzi then ruled that it was Ms Zuin who, from then on, would be required to pay Mr Toso €300 per month in child support.

There was no evidence that the father had committed a crime, the court ruled.

Ex-couple build global shoe brand on the heels of their divorce
This site uses cookies. Find out more. Continued use of this site is deemed as consent.   CLOSE ✖