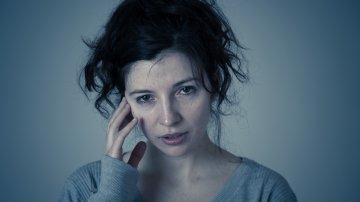 The EU has signed the first legally binding instrument dedicated to combating violence against women known as the “Istanbul Convention”. The European Commission has released a statement saying:

What is the Istanbul Convention?

The convention is a departure from the gender blindness that has characterised many other international treaties and it explicitly acknowledges gender-based violence as a form of persecution. In particular, it acknowledges that rape can be used as a weapon of war. The convention takes a cross border approach by making it obligatory for parties to the convention to extend their jurisdiction to cover crimes committed abroad by their nationals. It also introduces protection measures for migrant women who are trapped in abusive relationships, including the option of granting them an autonomous residence permit, independent of that of their abusive spouse or partner.

How does the Istanbul Convention operate in practice?

Once the Istanbul Convention is ratified by national parliaments, EU member states will be committed to introducing or strengthening a variety of support services for women to help tackle discrimination, violence and abuse. This will include 24/7 helplines, police powers to remove perpetrators from their homes (even if they own them) and setting up and funding women’s shelters and refuges.

The convention requires states to adopt a “four Ps approach” to combatting violence against women:

Nation states that have ratified the convention will be monitored by a group of independent experts, who will assess progress at national and international levels. It is intended to offer a forum to co-ordinate and set a global agenda to eliminate violence against women.

Although the EU has signed the convention it is yet to be ratified by member states. This can take some time as nation states are required to make amendments to domestic law and take extra territorial jurisdiction over a range of offences. For example, although the UK signed the convention on 8 June 2012 it was not until April 2017 that it was passed into UK domestic law.

Child better served by British rather than Indian nationality, court rules in Re K (A Child)
This site uses cookies. Find out more. Continued use of this site is deemed as consent.   CLOSE ✖