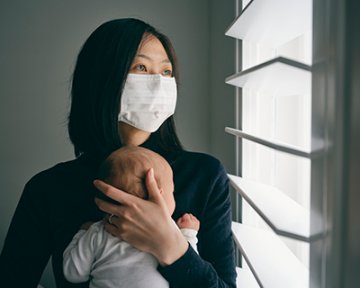 In the wake of India’s ban on surrogacy for foreigners, the ethics of cross-border surrogacy are being re-evaluated worldwide.

India’s surrogacy policies have turned sharply since 2008, when proposed legislation aimed to have surrogates automatically surrender their babies. (In the UK, the birth mother is considered the legal parent until a parental order is issued, which can also lead to ethical dilemmas.)

Now, India prohibits foreigners (including non-resident Indian citizens) from coming to India for surrogacy services. The commercial surrogacy industry had been valued at $400 million per year.

Before the ban, many couples from the UK and elsewhere chose commercial surrogacy in India because their country allowed only altruistic surrogacy. Women willing to act as surrogates for nothing more than reimbursed expenses are understandably hard to come by.

India was not the only country with a flourishing commercial surrogacy industry; many prospective parents turned to Thailand, Nepal or Cambodia. However, in August 2015 Thailand restricted surrogacy services to couples in which at least one partner is a Thai national.

Nepal has also banned commercial surrogacy, culminating in a 6-week period last fall when intended parents were unable to leave the country with babies born through surrogates, according to The Sydney Morning Herald. Cambodia seems posed to do the same.

Granted, commercial surrogacy does not come without moral qualms. Some see the practice as a form of human trafficking or as the exploitation of disadvantaged women. Cross-border surrogacy has also been accused of having racist or neo-colonial overtones.

In 2014, Pattaramon Janbua, a Thai surrogate, gave birth to twins on behalf of David Farnell and Amy Li, an Australian couple. One of the babies was born with Downs syndrome, and the couple refused to raise him, leaving him with Pattaramon. They did accept responsibility for the baby’s twin sister, NPR reported.

Between 2008 and 2010, the German couple Jan Balaz and Susan Anna Lohlad were unable to bring their twin babies, born to an Indian surrogate, into Germany, where surrogacy is illegal. The twins had neither Indian nor German citizenship during the two-year legal battle, according to The Times of India.

It is worth noting that the issues raised by these incidents apply to altruistic surrogacy as well as the commercial equivalent.

Despite its reputation, paid surrogacy can be a valuable economic resource for disadvantaged women. Pattaramon said, “Our family is poor and I wanted … to take better care of my other children. There’s nothing wrong with being a surrogate mother, you’re helping someone.”

The answer to the dilemmas that come with surrogacy may have less to do with banning commercial or cross-border surrogacy than with changing its regulations.

Some have suggested pre-approved parental orders, which would relieve the surrogate from any parental responsibility. The same could be done to pre-approve a baby’s citizenship in its intended parents’ country.

Clearer regulations could benefit surrogates, intended parents, and children—whether surrogates are paid or not.

Christian magistrate removed from office for his views on same-sex adoption
This site uses cookies. Find out more. Continued use of this site is deemed as consent.   CLOSE ✖