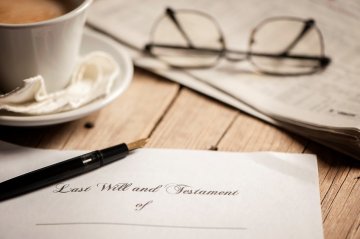 If you hold assets in different countries, you need to make sure your estate planning caters for the different succession laws in those countries, and does not cause a jurisdiction contest between them. For example if you have assets in Switzerland, and you have prepared a will in both the UK and Switzerland, you need to make it clear which will deals with which assets. The Swiss courts will not recognise the authority of another country where there is any doubt.

In simple cases it is possible to rectify mistakes if it is obvious that a clerical error has occurred. In a straightforward case you can make an application to the Probate Registry without the need for a hearing before the court. However more complex cases have gone all the way to the Supreme Court, as we saw this year in the case of Marley v Rawlins.

In a US case, the Matter of Ranftle, an attorney did not consider the effect of leaving a clause in the will referring to Mr Ranftle’s domicile as Florida. However Mr Ranftle had moved back to his former home state of New York, having married his partner of twenty years, Craig Leiby, in Montreal. The reason for his move was that the Governor of New York had recently issued a directive recognising same-sex marriages in other jurisdictions; therefore Leiby would be legally recognised as Mr Ranftle’s spouse. However, because the will referred to Florida rather than New York as the domicile, where the Montreal marriage was not legal, Mr Ranftle’s brothers claimed on his death that the marriage should not be recognised, so that they should inherit in place of Leiby.

Fortunately the US court found that the will did not reflect Mr Ranftle’s intentions because the Florida domicile had been left due to a ’scrivener’s error’. However this clerical error had forced an unnecessary court case, which could have been avoided with the proper communication between Mr Ranftle and his attorney. The ruling was a triumph for common sense; not unlike the aforementioned English court case of Marley v Rawlins – about which I have previously written – where the case went to the highest court in the land in order, essentially, to right a clerical wrong.

In Europe there is help now in the new Brussels IV regulation, which attempts to harmonise the approach to succession across the EU. Brussels IV aims to ensure that only one law determines how an estate is dealt with across the Brussels IV zone, and it will be implemented in August 2015. The default position is that the law of the state in which the deceased was ’habitually resident’ applies to the succession of assets across the Brussels IV zone. So if you are living in the UK but have assets in France for example, you can choose English law to govern the French assets.

An introduction to The Inheritance and Trustee Powers Act 2014
This site uses cookies. Find out more. Continued use of this site is deemed as consent.   CLOSE ✖