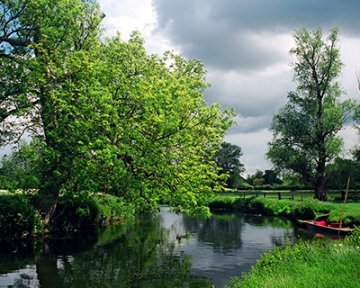 The Pembertons, a landed family who have resided at Trumpington Hall in Cambridgeshire for three centuries have rewritten the rules of their trust to ensure that same-sex partners of future heirs will have equal rights to those of heterosexual partners.

In 1965, the late Sir Francis Wingate William Pemberton established a family trust which governed the rules of inheritance regarding Trumpington Hall, a 3,200-acre estate which was purchased by the Pemberton family in 1675.

Now, Sir Francis’ grandson, Richard Pemberton has won High Court approval to amend the trust so that potential same-sex partners of future heirs will retain a life interest in the family seat after their spouse’s death. As The Telegraph reports, the Pembertons cite “moral obligation” as driving the change, although presiding Judge David Hodge QC made it clear that “the amendment was not prompted by specific fears that any living heirs would be excluded.”

Judge Hodge stated that, in its original form, the family trust was “much in the style of a 19th century dynastic family settlement” which “does not include civil partners or spouses under same sex marriages.” The amendment is believed to be the first of its kind to grant equal rights to gay heirs among the landed gentry.

The trust’s lifespan was also increased by another 125 years, to 2141, and granted additional investing powers to the trustees.

In addition to being a family home, Trumpington Hall has had many functions over the years -during World War II it was used as a hospital officers who had suffered motorcycle accidents, with Richard’s great-grandmother Viola acting as Commandant. More recently, the stately home was featured in ITV drama Grantchester.

Since inheriting the estate. Mr Pemberton, 46, has championed a number of sustainable agricultural projects, creating “a 28-acre solar farm, planted 15,000 trees and more than seven miles of hedgerows”, according to the Daily Mail. With such a concern for environmental sustainability, it seems that the trust amendment was one of several ways in which the Pemberton family are safeguarding their descendents’ futures.

If you are in need of further information regarding the creation, administration or termination of a trust, take a look at Vardags’ guide to trusts.

Detroit judge found guilty of misconduct during child custody hearing
This site uses cookies. Find out more. Continued use of this site is deemed as consent.   CLOSE ✖