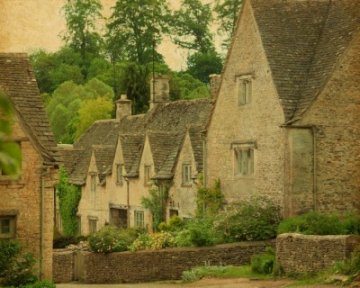 What happens to a pension built up in England and Wales when the owner of the pension moves overseas, marries and divorces?

Here we look at pensions and Part III of the Matrimonial and Family Proceedings Act 1984, which provides for financial relief in England following an overseas divorce.

For ease, H and W have been used to refer to husband and wife. H and W can be used interchangeably throughout but the use reflects the most common cases.

These cases do not arise in uncommon scenarios. Consider this: H worked in London for ten years and built up a pension. H was seconded to the overseas branch, let’s say… NYC. While in NYC, H was headhunted to a different firm. It was while working at the new firm that H met W, who would soon become his wife. H and W live happily for some time but ten years and two children later, the marriage was over. H and W divide the assets… but are unsure what should be done with the English pension.

When faced with a typical scenario like the one above, it is best to instruct English lawyers as soon as possible in relation to the pension. This will give the client a lot more options, including:

(1) Transfer the pension to an overseas pension arrangement

There are a number of overseas pensions arrangements recognised by English law, including a Qualifying Recognised Overseas Pension Scheme or an Off-Shore Employer Finance Retirement Benefit Scheme – appropriate for those who have accrued English pension rights but plan to be non-resident in retirement. Transfers out of the English scheme can often be a tax-efficient and favourable manner to deal with the pension scheme, not least because it avoids the court process.

(2) Offset the pension against a different asset

The option of offsetting the pension is restricted to clients who have the assets and the desire to offset the pension against another asset. Depending on the age of the parties, it may not be an attractive prospect to offset an illiquid asset against a liquid asset.

If lawyers are instructed after a qualified domestic relations order (QDRO) has been made by the overseas court, the parties should make an application for relief under Part III of the Matrimonial & Family Proceedings Act 1984, which provides for financial relief in England and Wales after an overseas divorce. Pensions are dealt with under section 17 ‘Orders for financial provision and property adjustment’:

On an application by a party to a marriage for an order for financial relief under this section, the court may make one or more orders each of which would, within the meaning of that Part of that Act, be a pension sharing order in relation to the marriage.

The purpose of Part III is to try and address the hardship that might otherwise arise should the couple have assets in England which they want to divide upon divorce – in the case of pensions, there is a risk that the QDRO would carry no weight and thus the asset would fall into a ‘black hole’.

Either party to the marriage can make the application to the court for an order for financial relief, so long as they meet the following criteria:

Remarriage is a bar to applying, so it is wise for clients to finalise all of their financial affairs in relation to their first marriage before embarking on a new marriage.

Mostyn J: cost funding in private children matters
This site uses cookies. Find out more. Continued use of this site is deemed as consent.   CLOSE ✖