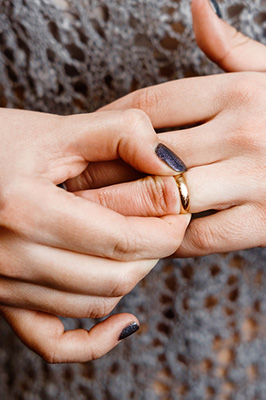 The most senior female judge in UK history, Baroness Hale, has called for the introduction of no-fault divorce in England and Wales.

In an interview with London’s Evening Standard newspaper, the deputy president of the Supreme Court discussed a range of contemporary issues facing the English judiciary, and made some recommendations about reforms that she would like to see. Among them was her strong advocacy for no-fault divorce, which currently does not exist in England and Wales; there is no such thing, legally, as ‘irreconcilable differences’ here.

Married couples, she argued, should be able to declare that their marriage had broken down and be able to dissolve their union after a year, thus saving themselves cash and acrimony. Baroness Hale also suggested that, after making their declaration, couples could undergo a year’s period of separation in order to determine if they really did want a divorce. They could also use this time to determine the division of finances and arrangements for children.

No-fault divorce is something of a battle cry for many family lawyers, who have to take clients through the nebulous hoops of one of the five reasons that must be given to support the claim that a marriage has irretrievably broken down. If a couple have not been separated for at least two years, then either adultery or the open-ended ‘unreasonable behaviour’ must be cited, usually causing sabres to be drawn before you’ve even got to court. This approach, says Baroness Hale, is “not a constructive way to start.”

One issue that has been particularly seized on by the press in the wake of her interview being published is her suggestion that judges should be able to compel Muslim women to remove the face veil or niqab should the need arise in court. She did not, as some media outlets have framed it, call for them to be banned outright in court; but that it should be possible to request its removal “when it is necessary”. While she says that “sometimes it doesn’t matter whether you are looking someone in the face”, she stated that “There must come a point where we can insist”.

She added: “We don’t object to allowing people to do things for sincerely held religious reasons if they don’t do any harm. If it does harm, we have to be a bit tougher.” Her statements on this issue follow her experience of working on the case of a woman who, after she was asked to remove her veil, was found to be lying when Baroness Hale was better able to read her facial expressions.

The Lord Chief Justice, Lord Thomas of Cwmgiedd, promised a public consultation on the issue of the veil in court last year, but the momentum on this seems to have stalled. At present, such matters are assessed on a case by case basis, but it’s possible that Baroness Hale’s remarks could lead to more formal guidelines or legislation being determined.

Similarly, Baroness Hale proposed the introduction of no-fault divorce back in the 1990s when she was head of the Law Commission. Former Prime Minister John Major adopted the plans as part of the Family Law Act 1996 but his successor Tony Blair later dropped those parts of the act when they proved “unworkable”. Perhaps now is the time to revisit the proposals and push through the necessary reform. It would certainly be welcome among many family law professionals.

A Cooper-Hohn briefing
This site uses cookies. Find out more. Continued use of this site is deemed as consent.   CLOSE ✖