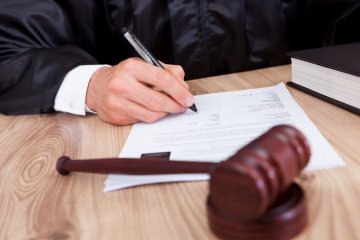 In March 2015 the Law Commission published a consultation paper entitled: ’Enforcement of Family Financial Orders’. Here is an in-depth look at its aims and recommendations.

The Law Commission have put forward reforms to improve the way family financial orders are enforced more effective and more efficient. They have also suggested introducing new coercive measures, so that debtors can be induced to comply.

The topic was first recommended to the Law Commission in 2010 by the Family Law Bar Association. It described the current law of enforcement as ’hopelessly complex and procedurally tortuous’. The Law Commission have also noted that courts can sometimes struggle to enforce an order, as well as a general feeling amongst family law practitioners that the current system is not effective. Family financial orders are often made to meet reasonable living needs. Failing to enforce these orders can thus lead to undue and prolonged hardship.

It is important to note that the paper is concerned with people who choose not to pay, rather than those who can’t pay. This is reflected in the Law Commission’s recommendation that the debtor should complete a financial statement on every enforcement application. This would provide an overview of the debtor’s financial circumstances, and thus not only aid proceedings, but provide those who are not able to pay the opportunity to show evidence of this.

As with third party debt orders, the Law Commission suggest streamlining the process so that there is no final hearing following an interim order, to save the courts time and to speed up the process of payment.

It is also considered whether charging orders should be extended to apply to assets other than those to which they are currently applicable (i.e. land, shares, unit trusts and certain securities). The commission do, however, highlight that one would need to bear in mind the ability to register the charge. It would not be easy to register a charge against an asset that has no system of registration.

Currently, if an individual ceases employment with the employer to which the order was made, the order lapses and does not revive, unless redirected by the court. A debtor is, of course, under a duty to inform the court of their change in employment but a debtor who is unwilling to pay may be unlikely to comply.

The Law Commission have suggested a tracking system, whereby the court could request information from HMRC as to the debtor’s employment, and therefore the means to revive the order. Provision for this system appears in the Tribunals, Courts and Enforcement Act 2007, but is not yet in force.

The Law Commission also asks for views as to whether the information obtained from HMRC should be disclosed to the creditor, and whether there should be a duty on the court to redirect orders.

At present the court has no power to make an order against a pension held by the debtor. The Law Commission considers whether the courts should be given the ability to make the same orders in respect of pensions that are currently available during financial proceedings.

A judgment summons (an application for the debtor’s imprisonment) is currently the only coercive measure available in the enforcement of family financial orders. As these proceedings are considered to be criminal, the creditor must prove their case beyond all reasonable doubt.

The commission notes that this, alongside the debtor’s right to silence and privilege against self-incrimination, can make it difficult to bring a successful application. The commission proposes that the suggested new coercive measures should be based on the sanctions being civil and not criminal, thus requiring a less onerous standard of proof.

To bring a coercive order, the creditor would have to show that, on the balance of probabilities, the debtor has the means to pay and has not done so. The court would then have discretion to make an order taking into account all of the circumstances of the case, which would include:

A comprehensive summary of all the suggested recommendations and a copy of the full consultation paper may be found on the Law Commission’s website.

Russian rent-a-husband
This site uses cookies. Find out more. Continued use of this site is deemed as consent.   CLOSE ✖