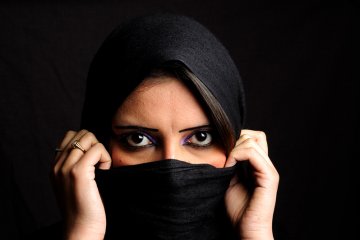 Dr Elham Manea is a Senior Fellow at the European Foundation for Democracy and Associate Professor of Middle East Studies at Zurich University, a writer and a human rights activist.

As well as being a consultant for Swiss government agencies and numerous international human rights organizations, she has published academic and non fiction books in English, German, and Arabic and two novels in Arabic.

Her latest book is the extensively-researched ‘Women and Shari’a Law – The impact of legal pluralism in the UK’, which is a powerful defence of the universality of human rights. She is currently advising the Home Affairs Select Committee for the ongoing inquiry into UK sharia law councils.

Dr Manea’s main proposals are that civil registration of marriages be made mandatory and for that the UK court system to issue Islamic divorces so that Muslim women do not feel pushed into using a parallel system.

Dr Manea kindly agreed to speak with Vardags about sharia councils, human rights and why she believes everyone should go through the family courts.

Your recent book, Women and Sharia Law critiques legal pluralism. Sharia councils only theoretically take on an advisory role in the UK, is it right to characterise sharia as an alternative legal system?

I understand that some may disagree with this characterisation but in practical terms what we are talking about is two systems working parallel to each other – one that guarantees equal rights, and one that doesn’t, that’s allowed to be functioning in the shadow of law.

What kind of influence do the councils have if they are not legally binding?

With civil courts unable to give women Islamic divorces, women feel forced into a system, particularly as women feel afraid that they will be ostracised by their own communities. What could be more binding than those fears?

The Home Office Inquiry has been criticised for being divisive, do you share these concerns?

When it comes to the commission, I was very surprised, disappointed by the terms of reference of this inquiry. It is focusing merely on what type of Islamic law that’s being applied and what is compatible with British common law.

The whole investigation into sharia divorce seeks to reform a system that from my perspective will lead in reality to legitimising and mainstreaming it’s existence. Just looking at the many testimonies of women that come forward it seems that it is trying to put make-up on a system that shouldn’t be beautified.

The political dimension of it is not discussed nor why it has been implemented in the first place. In the hearing some members made a rather hasty declaration that this line of enquiry is Islamophobic, playing on the lack of space for those who are trying to change the system. Other witnesses like Maryam Namazie who has a long record of tackling both far-right and theocratic human rights injustices are painted as an apostate. Accusation is used to silence those who are trying sincerely to change things.

The inquiry has also faced criticism pertaining to identity politics, with one commentator referring to Muslim women’s issues being bandied about like a game of political football. As a practicing Muslim yourself how do you feel about this?

It’s women who will bear the burden of this system but we all have a stake in trying to get this right. As a Muslim woman I consider myself a citizen first. I don’t think that identity politics has a place here. Are we citizens or migrants? I am a Muslim woman but first of all I am a citizen. We are supposed to be equal by the law, but in reality we are not. In the end it’s just a system that allows the most vulnerable to be exploited.

This should be a human rights issue but somehow when it is women of Islamic faith, the same rules don’t apply to us. We are treated like a protected group who cannot be touched for fear of offending. But I would hope that we get offended by the mistreatment of women.

What makes you doubt the capacity of sharia councils for successful reform from within?

You need to look at what frame of reference is being used. It is not the modern civic sharia law used in many Muslim countries. It is a type of reference that comes from opinions formed between the 7th and 10th century. If you are a woman under these laws you are not your own guardian, you are a perpetual minor.

If you are a women who doesn’t have a religious marriage and needs to get a divorce, you will go to the family courts but by the loophole that we have have in Britain that allows a certain system to flourish. All that I’m demanding is to change to a system where we could include a system of issuing religious divorces civilly.

Do you feel that the trend in the underfunded family courts for promoting mediation and alternative dispute resolution has played a role in the growing influence of sharia courts?

ADR mediation has played a big role in the growing of sharia divorce. The problem is you don’t have neutral mediators in this setting.

Their law of reference is god’s law, but always seems to be inherently biased towards women.

You can read more about the inquiry here.

Frank Ryan shares comments on Uber judgment with BBC and Channel 4
This site uses cookies. Find out more. Continued use of this site is deemed as consent.   CLOSE ✖