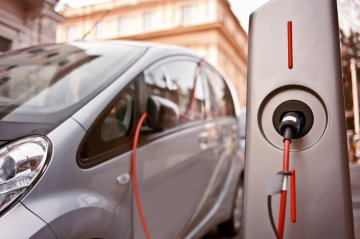 Given the many advantages of electric cars, it is no surprise that the electric car market is growing rapidly. However, there are concerns about the implications of this growth, particularly regarding the potential uses for any data collected by electric vehicles.

Conservative MP Sir Greg Knight has warned that the data logs in electric cars could be used by “an ambitious divorce lawyer seeking to prove adultery has taken place”. His fears may not be unfounded, as only earlier this year a French entrepreneur brought legal action against Uber after a glitch in the app brought illicit rendezvous and ultimately his affair to his wife’s attention.

Electric cars produce and store large quantities of data which could then be used to track a person’s movements. In the House of Commons, Sir Greg Knight questioned transport minister John Hayes on how readily available the data collected by electric cars should be and how long it should be kept for. He acknowledged that we would expect that insurance companies and the police would have the right to have access to the data log, but expressed concern as to how else this information could be used.

John Hayes responded that the government would look into the issue and stated that Sir Greg Knight was right to express his concern. He said that “information is a powerful tool, and the collection and storage of information is something about which this house takes a very serious view” so it needs to be closely monitored. Other issues were also raised, such as whether the automated software in cars would be capable of making “moral decisions” and weighing up which direction the car should veer in an emergency. John Hayes responded that “getting software that is capable of anticipating all the variables drivers might encounter is exactly what those designing these products are engaged in” but admitted that it is complex.

Given that the government has made plans to ban the sale of diesel and petrol cars from 2040, it is crucial that the concerns surrounding the use of electric cars are addressed. Data logs from electric cars collect a vast amount of information about a person and their movements, and the limits on access to this information will need to be determined before electric cars become even more widely used.

Draft bill submitted to include mothers’ names in marriage certificates for the first time
This site uses cookies. Find out more. Continued use of this site is deemed as consent.   CLOSE ✖