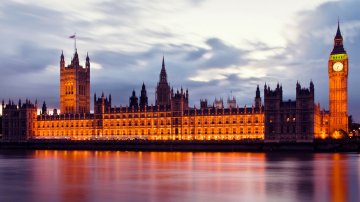 Nigel Shepherd, the National Chair of Resolution, the association of family lawyers, has written to each of the main political parties calling for election pledges reforming family law.

Mr Shepherd argued that a new parliament will be the "perfect opportunity" to bring in no-fault divorce.

Cases like Tini Owens’ highly publicised, ongoing struggle to divorce her husband have recently turned the spotlight on the English divorce process and need for change. Under the current divorce system in England and Wales, people generally have to cite unreasonable behaviour or adultery on the divorce petition unless they are prepared to wait out years of separation. This ’fault-based’ evidencing of marital breakdown has been criticised for causing unnecessary acrimony between divorcing couples. This risks making it even harder to reach agreement on children and financial issues and cooperate amicably from then on in.

Mr Shepherd also raised some of the issues created when legal aid for family law was cut four years ago, arguing that "clarity on finances upon divorce" should be improved and recommending that the government reintroduce some means-tested funding to ensure free initial legal advice.

He also made controversial proposals to introduce a legal framework of rights and responsibilities for when unmarried but cohabiting couples split up.

It is now twenty years since Parliament first legislated for no-fault divorce, yet the provisions were lost in the washing up of the Major government and never came into force. Hopefully a new government will usher the long sought for reforms which will allow couples a more amicable way to end their marriage, helping them to focus on their future relationship and the co-parenting of their children rather than unnecessary recriminations.

However John went on to explain that Resolution’s proposal to introduce legal responsibilities for cohabiting couples was deeply problematic:

This procedural reform should not, however, be lumped together with granting property rights to cohabitees. To do so would impose ill-fitting and unwelcome arrangements on many couples who have chosen not to enter into a legal union and would be an a huge overreach of statutory powers, running contrary to the prevailing move towards greater autonomy for families, as seen through the rise of prenuptial agreements.

The Conservative Party manifesto is set to be published next Monday. Labour’s will follow on 15 May. Until their publication, family lawyers nationwide will keep their fingers crossed that finally, the time has come for change.

King of Swaziland announces plans to ban divorce
This site uses cookies. Find out more. Continued use of this site is deemed as consent.   CLOSE ✖