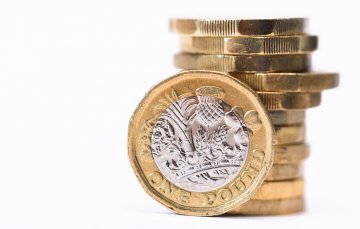 The Coalition Government has decided not to increase the inheritance tax (IHT) exemption thresholds before the general election in May. However, at the weekend the Conservatives announced that they will, if elected, extend the inheritance tax free allowance to the family home up to £1 million.

The Conservative manifesto for the 2010 election promised to increase the personal IHT threshold to £1 million, but the party was unable to implement this measure, after failing to gain a parliamentary majority. Their coalition partners, the Liberal Democrats, oppose any cuts to IHT, and the threshold has been frozen at £325,000.

The continuing property market boom in the south east of England has drawn many more families into the net. By April last year, HM Revenue and Customs receipts from inheritance tax were nearly back at the record levels achieved just before the transferable nil-rate band was introduced. Proceeds for the tax year 2013-14 were £3.42 billion, the highest since 2007-08 when HMRC collected £3.83 billion.

If the threshold remains unchanged, the number of estates being charged inheritance tax is predicted to rise from 26,337 in 2013-14 to 43,800 in 2015-16. According to research by the Institute for Fiscal Studies, one in ten estates will be paying inheritance tax by 2018.

In the budget George Osborne announced that they would look at deeds of variation, which allow beneficiaries to redirect their inheritance within two years of the deceased’s death. This is a useful mechanism to allow people to make full use of the tax free allowance, if the deceased has not updated his or her will to reflect beneficiaries’ state of wealth or the current tax law. This would mean people need to review their wills more often.

David Cameron has since further announced plans to extend the ’right to buy’ scheme, no doubt to counteract the potential downside of extending the inheritance tax allowance on the family home, which could mean that property values are pushed up, further alienating the younger generation.

Scottish law on immoveable assets: reforms proposed
This site uses cookies. Find out more. Continued use of this site is deemed as consent.   CLOSE ✖