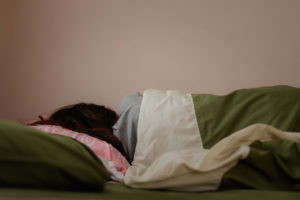 In a recent, "very sad" High Court case Mr Justice Keehan granted a declaration of presumed death following a claim made by the wife of an Iraqi national who deserted her once she had helped secure him a British passport.

The couple had met and married in Boston, Lincolnshire in 2005. The husband partly lived with his wife there, the rest of the time returning to live with his family in Nottingham where he worked illegally, he not having leave to remain in this jurisdiction.

Mr Justice Keehan’s judgment describes how the wife loved her husband deeply, going to considerable lengths to obtain leave for him to remain in this jurisdiction. He was subsequently able, with her assistance and her paying the costs, to obtain a British Passport, however, "very sadly for Mrs A that marked him leaving her."

The wife told the court that she had never met and did not know Mr A’s family in Nottingham, and her enquiries led them to tell her nothing other than that her husband had returned to Iraq.

At the beginning of 2010, the wife told the court, she received a call from someone purporting to be her husband’s relative telling her he had died in Iraq and buried in accordance with local custom within two hours of his death. The judgment reports that she "was not given any details of how he died, where he died, or the date upon which he is said to have died."

Seven years later, on 31st October 2017, the wife issued a claim seeking a declaration under the Presumption of Death Act 2013. The claim was successful with Mr Justice Keehan accepting that given the unusual lack of information about the husband, he cannot be satisfied that he is dead, but that he is satisfied that the missing husband had not been known to be alive for a period of at least seven years.

Having come into force on 1 October 2014, introduction of the Presumption of Death Act meant that there was a single piece of legislation that spouses and family members of missing persons could pursue that could be used as evidence of death in the same way as a Death Certificate. Prior to this act the missing person’s family had to seek declarations for each specific purpose if they want to resolve their loved one’s affairs, be it so that they could remarry, or make arrangements for insurance, property and finances.

Victory at Abu Dhabi National Show for Ahmad Mansour
This site uses cookies. Find out more. Continued use of this site is deemed as consent.   CLOSE ✖