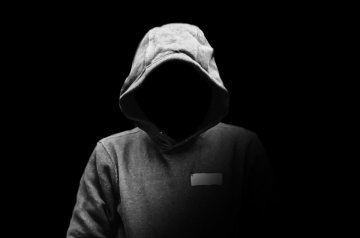 News reports have emerged of a man from Harrogate standing trial for the murder of his wife’s lover, after he allegedly tracked the pair down using an app called Find a Friend. Prosecuting barrister, Bryan Cox QC, told the jury that the defendant “went to considerable lengths” to find the man with whom he believed his wife to be having an affair. He “placed a mobile phone in the boot of her car on which there was an application so that he could trace her movements on his laptop”, Leeds Crown Court has heard.

This is not an isolated incident. According to domestic violence helplines and women’s organisations, the use of software to spy on spouses or partners has reached ’epidemic proportions’.

Women’s Aid, the domestic violence charity, and Digital-Trust, an organisation that aims to help victims of online harassment as well as digital stalking, have both reported that large proportions of the people they helped were being targeted by digital means as well as more traditional methods.

This has become an even bigger problem over Christmas, with fears that electronic gifts such as phones and laptops may be given pre-loaded with spyware so that controlling partners can keep tabs on the object of their suspicions. This may not just take the form of gifts to a partner, but also gifts to children such as electronic toys. This may be a particular risk in cases where there is a dispute over child arrangements.

Some types of technology, particularly those for phones, can act as a bugging device. Many devices offer a GPS tracking function. However, devices can also be fitted to such innocuous-looking items as extension cables, iPhone chargers and even carbon monoxide detectors, not to mention more analogue items such as books, lamps and plug sockets. Many devices are available for less than £50.

While some surveillance methods are marketed for the purpose of catching out employees or keeping track of kids’ whereabouts – think of the so-called ‘nanny cam’ – according to the Independent there are some devices on the market that are openly advertised as spyware for men to catch philandering wives in the act. This is indicative of the apparently gendered phenomenon of digital spying and surveillance: while one in ten men are victims of stalking compared to one in six women, the tendency to keep tabs on partners via digital means is overwhelmingly seen in men, according to Digital-Trust CEO Jennifer Perry. She admitted that she gets “a lot of criticism” for asserting this, however. She told the BBC: “I see men using it against women. It is rare to see a man targeted surveillance-wise by women".

The Digital-Talk website offers comprehensive advice on how abuse victims can help protect themselves from digital surveillance, for example, via a mobile phone; there is also a checklist for how to make your phone secure.

Domestic violence has gone digital. Mobiles are frequently being used by abusers as a means of control. They access victim’s text, call history or the GPS tracking technology to monitor their movements. When people are experiencing a difficult divorce or custody proceedings, they will use extraordinary means to gather information such as spyware on computers or accessing someone’s online accounts.

However, there is a significant worry among stalking and domestic violence experts that law enforcement professionals are not equipped to deal with the impact of recent developments in technology that facilitate online abuse. Campaigners are also concerned that the existing laws against stalking and eavesdropping are riddled with loopholes and difficult to enforce. Perry confirmed this, but was optimistic about change: “Digital abuse is covered by numerous laws; some of them need to be revised. The Digital-Trust is currently reviewing existing legislation as part of a campaign for a new digital abuse consolidation bill".

News of this increasing new strain of abusive behaviour comes soon after the government announced that chronic emotional and psychological abuse is to be made an offence in England and Wales.

England’s most senior female judge calls for no-fault divorce
This site uses cookies. Find out more. Continued use of this site is deemed as consent.   CLOSE ✖