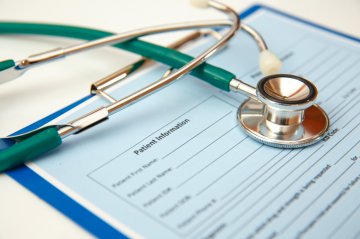 Medical professionals approaching Vardags for advice on their relationships are often concerned to know what, if any, impact divorce proceedings will have on the division of their assets, their pensions, and their future earning capacity.

Medical professionals also need to be aware that their family affairs could result in them making an appearance before their regulatory body.

The case of Dr Spackman AC 627

By way of example, let’s rewind the clock to 1943, when family law was a rather different creature, and Dr Spackman found himself before the House of Lords.

Dr Spackman was a registered medical practitioner, who was found by the divorce court to have committed adultery with a married woman to whom he stood in professional relationship. A decree nisi was pronounced which was afterwards made absolute.

The General Medical Council (GMC) gave Dr Spackman notice that they were going to investigate the matter, and consider whether his name should be removed from the medical register for infamous conduct in a professional respect.

At the hearing, Dr Spackman wished to call on adultery evidence which had not been heard by the Divorce Court, although it had been available. The council declined to hear the fresh evidence, but accepted the decree nisi as prima facie proof of adultery, and directed that Dr Spackman’s name should be erased from the register.

Although the House of Lords held that the council had not made “due inquiry” in refusing to allow Dr Spackman’s evidence, Lord Atkin surmised that: “the conduct alleged against the respondent is conduct from which the public have every claim to be protected”. The case nicely illustrates how Dr Spackman’s personal dealings got him into quite a lot of trouble professionally.

Although adultery no longer carries the stigma it did back in the 1940s, the GMC frowns upon relationships between doctors and their patients. The Good Medical Practice guide makes it clear that doctors are not to pursue relationships with their patients. Should a patient make an inappropriate advance on a doctor, the onus is on the doctor to try to re-establish a professional boundary and, if that fails, to take the appropriate steps to end the professional relationship.

Doctors are explicitly told that ’to maintain the trust of patients and the public, you must never make a sexual advance towards a patient or display sexual behaviour’. Colleagues are advised that if they are aware of any breach of the sexual boundaries they should report the doctor in question. In nearly all cases an affair with a patient will be a significant, if not fatal, blow to a doctor’s career.

The media is littered with examples of doctors ending up before the GMC for affairs with their patients. Back in 2004, a GP (according to the media) begged to be struck off because he could not resist having affairs with his patients. Dr Razzak had been suspended for a year in 1996 for sleeping with a vulnerable patient, returned to practice, and pursued additional affairs with patients. The committee chairman at the GMC stated that his suspension was the only way to ’secure the protection of the public and to declare and uphold proper standards of conduct on behalf of the profession’.

In 2011, Dr Hugh Martin, who practiced at the Whitehill Surgery in Aylesbury, was struck off following an eight-month affair with a 29-year-old patient. After ending the affair to return to his wife, he doctored medical reports to hide the fact that he had been treating the patient in question. Martin was struck off after the panel ruled his fitness to practice was impaired by reason of misconduct.

More recently, it was reported in February 2015 that Dr Richard Smith was suspended for twelve months over an affair with a patient. He told the tribunal that he could not ’get the patient out of his head’ following an examination where she had to take her top off for him to inspect a rash as part of her treatment. This was in spite of her husband also being at the consultation. The tribunal ruled his fitness to practise was ’impaired by misconduct’.

Medical professionals should be aware that if a patient is at the heart of their relationship breakdown, they risk an investigation by the GMC. The GMC would be likely to find that their fitness to practice is impaired and they may be given a warning, suspended, or removed from the medical register.

Family lawyers should be alert to such issues and factor in the impact of a suspension or strike off to earning capacity and the settlement of matrimonial financial claims.

Love lessons from history
This site uses cookies. Find out more. Continued use of this site is deemed as consent.   CLOSE ✖