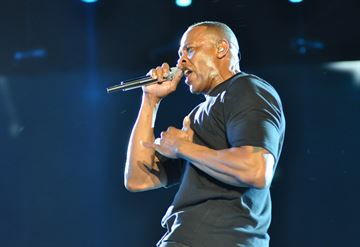 For most couples, prenuptial agreements (commonly referred to as prenups) are a useful way to avoid future conflict – by agreeing in the best of times what would happen in the worst, lengthy court battles, and the ensuing emotional burden, can be prevented. Reality, however, does not always follow such a smooth path. Now, it seems, prenups can be the source of conflict themselves.

When news broke that Nicole Young had filed for divorce from the music mogul Dr Dre, it did not immediately seem as if there would be much possibility for conflict. After all, the couple had signed a prenup shortly before their marriage in 1996 and their two children were both now adults. Indeed, when Young initially filed for divorce, no mention was made of the prenup or of its validity.

New paperwork shows a drastic change of strategy. In new documents submitted to the court, Young is contesting the status of the prenuptial agreement, claiming that during their marriage, overcome by regret, Dr Dre tore up multiple copies of the agreement. This, she argued, led both to believe the document no longer existed. She is also claiming she was pressured into signing it in the first instance, writing: “I was extremely reluctant, resistant and afraid to sign the agreement and felt backed into a corner…Given the extraordinary pressure and intimidation by Andre, I was left with no option but to hire a lawyer (of course with the help of Andre’s team of professionals) and unwillingly signed the agreement very shortly before our marriage.”

The financial stakes are high: Dr Dre’s worth is estimated at around $800 million, the majority of which was earned during the marriage, largely from the sale of the Beats by Dre brand to Apple in 2014. If Young’s contesting of the prenup is successful, she would likely be entitled to a larger proportion of this wealth than under its current terms.

In response, Dr Dre has reaffirmed the existence of the prenuptial agreement, asking that property be divided on this basis, and has also agreed to pay spousal maintenance.

While high profile divorces are regularly thrust into the public spotlight, this case has a more important point of focus: namely, can you overturn a prenup?

The role of prenups in the UK

While prenuptial agreements have been binding in the US for some time, with an early form of prenup solidified in US law in 1848, and are commonplace there, the English courts were slow to recognise their importance. It took until 2010, and the defining case of Radmacher v Granatino, until matters changed.

The case involved a German heiress and her French husband, who worked as a banker. Three months before their marriage, the pair signed a prenuptial agreement in Germany. Under the terms of this prenup, neither party was able to benefit from the property of the other upon divorce.

When they divorced, however, in 2008 the husband was awarded a sum of £5,560,000, a house in England and Germany and periodical payments for each of their children. Mrs Justice Baron, who presided over the case, took the prenup into account, the fact that the husband did not receive legal advice before signing it, and the fact that the couple had since had children. This led her to believe its importance had diminished.

Ms Radmacher, represented by Ayesha Vardag, appealed this decision successfully, agreeing to support payments for the children but not for the husband. In response, the husband appealed to The Supreme Court. He was unsuccessful. The court ruled that prenuptial agreements have “magnetic importance” and that appropriate weight should be given to prenuptial agreements that have been freely entered into  by spouses who have a full appreciation of their implications, unless the situation is such that it would be manifestly unfair to hold the spouses to the terms of the agreement.

Can prenups be overturned in the UK?

This does not mean, however, that they cannot be contested, or overturned. Prenups will not be considered binding on a party if, for example:

Alongside this, it is advisable that the prenup is drawn up well in advance of the wedding, since there must be sufficient time in which to draft, negotiate, consider and discuss the agreement.

Furthermore, if there is a material lack of financial disclosure, information or independent legal advice provided to a party entering into the agreement, this may impact on whether the court views it as binding or not.

This all depends upon the spouse’s understanding of the other party’s financial situation when the agreement was entered into, and whether this understanding was sufficient. Therefore, while prenups can be overturned if they are held to be unfair, provided that the standard safeguards are met, they will stand up to scrutiny by the English court. In the US, where prenuptial agreements are legally binding, they are much harder to overturn.

All of this does not bode well for Young’s ambitious tactic – despite her efforts, it is likely she will be ultimately unsuccessful. While the judge may acquiesce to viewing the agreement, it is unlikely it will be overturned. Alongside being a lawyer herself, which will inevitably detract from her claim that she did not understand the implications of what she was signing, ceremonially tearing up a contract in the midst of marriage has little legal weight. If it is to be voided, it would have to be stated in a similarly binding document.

There is no silver bullet to avoid conflict during divorce and even prenups, designed to ease the process, can become sources of tension. They can however, be drafted robustly – and while marriages may dissolve, provided the right legal advice is sought and provided, the prenup will not suffer a similar fate.

Emma Gill explores the creative ways divorcing couples are getting in touch
This site uses cookies. Find out more. Continued use of this site is deemed as consent.   CLOSE ✖