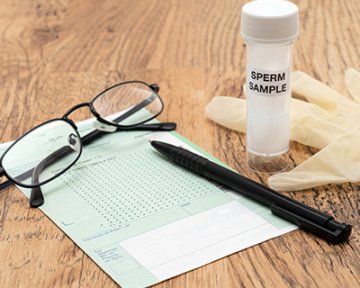 The decision by the UK Parliament to remove anonymity for those sperm and egg donors who registered after 1 April 2005 has always been controversial. Since then children born through IVF can apply for the name, date of birth and last known address of the donor as soon as they turn 18. But despite a short lived increase, donors for both eggs and sperm have slumped; last year it was reported that a year after being established the UK national sperm bank had just nine registered donors.

There are fears that the change dissuades many potential donors, who worry about being contacted in the future by adult children and how this might impact their own family lives. The change was ushered in after the successful ‘right to know’ campaign lobbying for the identity of biological parents to be disclosed. However even in its inception this right was considered contentious with identity disclosure unacceptable to many donors.

The shortage in egg and sperm donation is driving infertile women and men to clinics overseas, many of which are unregulated. Currently the Human Fertility and Embryology Authority (HFEA) imposes a £250 cap on payments to donors to steer clear of forms of ‘commercial’ donation available in the US and overseas.

Compared with our European neighbours, it would seem that Brits are particularly precious about their sperm and eggs. Denmark’s many sperm donors are considered a point of national pride, with their nation’s biggest sperm bank Cyros holding 170 litres of sperm.

Bill aims to end unilateral conversion of minors in Malaysia
This site uses cookies. Find out more. Continued use of this site is deemed as consent.   CLOSE ✖