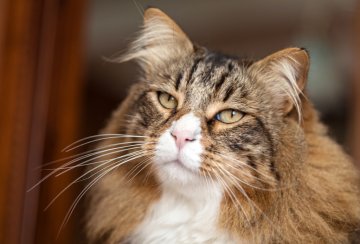 As it approaches Christmas, the season of good will, people become more generous toward their friends, family and, in many cases, favourite charities. According to the Charities Aid Foundation (CAF) statistics for 2016, the UK is in fact the most charitable nation in Europe. But, although you may be more likely to pop a penny into the WWF collection pot over the festive period, there is a certain type of charity donation that remains constant throughout the year.

To avoid huge sums in inheritance tax promised by the dreary death duties, people are increasingly leaving large amounts of money to charity, either late in life or in wills. For many charities, voluntary donations are a vital part of their overall income. Around £150 of every £1,000 received by British charities come from legacies. According to The Telegraph, half of the animal charity Blue Cross’ income last year, totalling over £17 million, was donated in this way.

Giving to charity has become a popular option in recent years for a number of reasons. In the eyes of inheritance tax, legacies to charity fall outside an estate whether the donor is alive or dead, but a differentiating factor is Gift Aid. Gift Aid-ing your donation is only possible when alive and means the government will top up your contribution based on your level of income tax. This will transform your 80p or 60p donation, as a basic rate or a higher-rate payer respectively, into £1 for the charity. The donor can also claim back a proportion through tax return.

After death, donations do not benefit from Gift Aid but there is still the appeal of inheritance tax advantages. If a sum is donated in a will, the value of the person’s estate falls by the same amount and, since charitable donations are deducted before tax, this can considerably reduce inheritance tax. Since 2012, if you are able to give 10 percent or more of your estate to charity, you can lower your inheritance tax from 40 percent to 36. Charities are told how much they are to receive in advance by the donor’s executor.

Director of Private Client at Vardags, Chris Hall, gave some memorable insight into the impact of charitable donations on inheritance tax:

“This reminds me of my first will client who was a star of a well known sixties sitcom, who wanted to leave her two million pound house to her cats. She left all estate except for the nil rate band to the charity Cats’ Protection as you cannot leave money to cats directly, with the instruction that the two aging cats could remain in the house until they die. Apart from the obvious benefit to the cats, this would result in no inheritance tax being due on the estate since charitable gifts are tax free. My cat lady case was, of course, fairly unusual as there were no relatives waiting to challenge the will. The balancing exercise between how much you can give to take advantage of the reduction in inheritance tax by leaving at least 10 percent of each relevant component of your estate, may only satisfy expectant family members if they can see an overall tax saving. A 10 percent saving of inheritance tax only makes sense in purely tax saving terms on the largest estates, when you start to see a respective overall reduction in tax due. Leaving nothing to human beneficiaries is always risky, and can leave the deceased’s executors exposed to a potential claim. If the potential beneficiaries are all adults it is unlikely that they claim more than maintenance, despite the Ilott v Mitson case, which was decided on a very unique set of facts.”

Indeed, the Ilott v Mitson case raises many interesting points on the law of inheritance tax and charitable donations. Ms Ilott is contesting her late mother’s will in which it was decided that all of her estate would be donated to RSPB, RSPCA and Blue Cross, deliberately omitting her daughter. Ms Ilott is currently appealing to the Supreme Court and the ruling will be given later this month. Courts have occasionally overturned the wishes of the deceased in favour of children and other dependants on the grounds that ‘reasonable financial provision’ has not been made. However, the aspect of the donation to charity in Ilott v Mitson adds another layer of complexity as the charities too are empowered to fight for their right to inherit.

So, if you are reaching a time in your life where drafting up a will is imminent, don’t forget to consider donating to charity- cats deserve to be well provided for too.

Fashion victim: Trinny Woodall chased by her late ex-husband’s debt
This site uses cookies. Find out more. Continued use of this site is deemed as consent.   CLOSE ✖