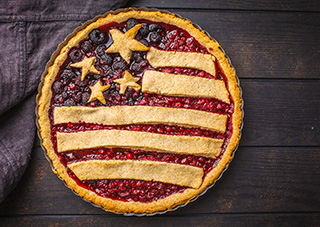 Patricia McLean has filed for divorce from her husband, “American Pie” singer and songwriter Don McLean.

Her lawyer stated that the legal papers cited, “adultery, cruel and abusive treatment, and irreconcilable differences,” as reported by Yahoo News. Don McLean’s defence lawyer confirmed the statement. Don McLean was arrested for domestic violence assault, among other charges, in January. He pled not guilty.

In her statement following the alleged incident, Patricia McLean claimed her husband “pressed the palms of his hands against my temples and squeezed as though my head were in a vice.” She also stated, “My husband has a violent temper. For the first 10 years or so, his rage was unfathomably deep and very scary.” Patricia later wrote, “Don is not a monster. This is a very sad time for me and for him… We had many happy times years together.”

Patricia McLean’s attorney, Gene Libby, stated that her client had gained “strength and insight away from his influence and control.” The songwriter’s lawyer, Michael Asen, said Don McLean denies the allegations of mistreatment and “cares very deeply about his wife and family… this wasn’t what he wanted.”

After his January arrest, Don McLean released a statement about his separation from Patricia, saying, “Our hearts are broken and we must carry on. There are no winners or losers but I am not a villain,” according to People Magazine. “What is occurring is the very painful breakdown of an almost 30-year relationship,” he added. “I hope I will not be judged in this frantic media environment.”

Don McLean is currently forbidden from seeing his wife under a protection order. The McLeans have been married for nearly 30 years, residing in Camden, Maine.

To read more about grounds for divorce, click here

Divorce: there’s an app for that
This site uses cookies. Find out more. Continued use of this site is deemed as consent.   CLOSE ✖