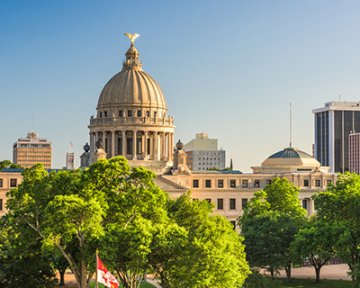 A bill that would have at last added domestic violence as grounds for divorce in Mississippi died in the state senate earlier this month, leaving anti-abuse campaigners reeling.

Republican Senator Sally Doty proposed Senate Bill 2418 back in February, which would have made domestic violence the thirteenth legal justification for divorce in the state. Whilst the bill passed in the House, when legislators amended the proposal to allow couples to divorce following a two-year separation, the bill died in the Mississippi state senate.

In interview with local TV channel WMCTV, Doty held this amendment accountable for the bill’s ultimate failure, stating “additional grounds is actually what ended up killing the bill…I think certainly all of my colleagues in the senate understand the seriousness of domestic violence.”

However, considering that arguably less grave justifications such as “natural impotency” and “habitual drunkenness” are among Mississippi’s twelve current grounds for divorce, the claim that senators appreciate the severity of domestic abuse seems a little hollow.

Mississippi’s courts do grant divorce on the grounds of “habitual cruel and inhuman treatment”, but in such cases the onus is on the alleged victim to prove that the treatment they receive at the hands of their partner is both inhumane and recurrent. Furthermore, the nebulous nature of such terminology obscures, and in doing so undermines, the grave realities of spousal abuse. As The Reflector reports, the amendment would have explicitly defined domestic violence as “either causing bodily injury or attempting physical menace that puts a spouse in fear of imminent danger.”

It is not pedantic to demand such specification. In the case of domestic violence, calling a spade a spade, as it were, can provide crucial psychological validation for victims. As Lorine Cady, founder of domestic violence shelter, House of Grace, puts it: “People want to be honest in court…They want to cite the true grounds: domestic abuse”.

Hopefully, victims won’t have to wait much longer for this to become a reality. Senator Doty plans to reintroduce the bill in the next legislative session, promising to “be a bit more strong and try not to allow anything to be tagged along with it that would kill it next year”.

Excellent outcome for Vardags Equestrian in UAE National Showjumping League
This site uses cookies. Find out more. Continued use of this site is deemed as consent.   CLOSE ✖