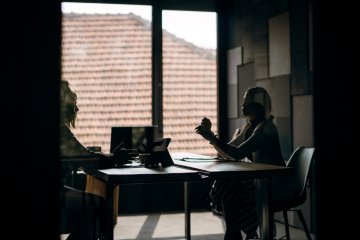 What will this new bill achieve?

This bill is another step in a newly developing sequence of bills regarding domestic violence, emphasising the seriousness with which the government is viewing this issue. Whilst progress has already been made following the proposition of the Prisons and Courts, and the subsequent Courts Bill which was also promised in the Queen’s Speech, a Domestic Violence and Abuse Bill will provide yet another layer of security and guidance to victims of domestic violence.

The main changes that the proposed Domestic Violence and Abuse Bill will introduce are:

A legal definition of domestic abuse - what will this change?

Whilst the creation of a legal definition of abuse could certainly provide further clarity and guidance in future cases, there must also be an element of caution. If the wording is too narrow, it may create a categorical approach to cases where certain behaviours may not quite reach the threshold that would enable their victims to seek protection from the courts. If the wording is too broad, the courts may be inundated with cases that could have been better resolved through alternative methods.

However, the creation of a statutory definition may also allow the law to step forward and modernise, identifying other behaviours that would not previously have been recognised. One example of such is the concept of financial abuse, where the withholding of funds by one spouse can amount to domestic violence and therefore enable the victim to seek the necessary protection.

If the Domestic Violence and Abuse Bill were to become law, there would be significant responsibility implicit in the drafting of this legal definition and, whilst being ever cautious of the floodgates of litigation, the drafter would also have to be careful not to create an unduly high threshold, which could deny victims legal protection and therefore expose them to further acts of abuse.

How does domestic abuse interconnect with family proceedings?

Whilst there are several forms of legal protection that a victim of domestic abuse can seek, if they are also involved in the family courts, they may be concerned as to a potential impact of seeking these protections on family proceedings. Victims of domestic violence can seek both civil and criminal charges against their abusers, some examples of available civil protections being non-molestation and occupation orders under the Family Law Act 1996. Protections such as these injunctive orders can form intermediary steps to enable victims to gain immediate relief, but they will not in themselves form a criminal charge against the abuser.

Significantly, applications for these proceedings can be brought ex parte, meaning that the abusers don’t have to be notified until after the hearing has taken place, and such hearings would be held separately to any divorce or other financial proceedings.

Therefore, whilst there is no direct legal cross-over between such injunctive protections and any existing family law proceedings, victims can still raise the facts of such abuse under the conduct element of their other family proceedings, insofar as it meets the threshold required, or could be cited in the fact upon which they are relying in their divorce.

Do the courts provide adequate protection to victims? Can the law go further?

As Clare’s Law has proven, the law has created remedies to the issues at hand rather than a cure. However, whilst it still remains the prerogative of the government to pass the statutes that will bring these protections into place, the discretion of the court should never be undervalued. Hayden J’s criticisms of the cross-examining of victims of domestic abuse by their abusers stand out in particular: “It is a stain on the reputation of our Family Justice System that a judge can still not prevent a victim being cross examined by an alleged perpetrator… the process is inherently and profoundly unfair. I would go further; it is, in itself, abusive”. Hayden J’s claim that it would be inconsistent with his judicial oath to allow such cross-examination, and his reminder to the judiciary at large that the protection of the vulnerable is central to the court’s ethos ramifies the significance of the court’s role.

Criticisms such as these, which invited the Prisons and Court Bill, have proven that the courts can and should take a stand to protect the victims of domestic violence, and work to increase the certainty of the law’s approach to allegations of domestic abuse. Notes produced by the Government alongside the proposed Domestic Violence and Abuse Bill state that the Bill will "transform our approach to domestic violence and abuse to ensure that victims have the confidence to come forward and report their experiences, safe in the knowledge that the state and justice system will do everything it can to both support them and their children, and pursue their abuser". As Mr Justice Cobb’s review of the terms of Practice Direction 12J, and its current application in the family court has also demonstrated, there is yet more that can be done, and the importance of this issue cannot be stifled.

An order of the court preventing one party from harrassing or threatening the other. Breach of such an order is a criminal offence.

Order of the court who has the right to remain in the family home. The occupation order does not affect the legal ownership of the home.
“Ayesha Vardag - Britain’s top divorce lawyer.”

AM v DF: clarifying the law around the temporary removal of children from the jurisdiction to a non-Hague Convention country
This site uses cookies. Find out more. Continued use of this site is deemed as consent.   CLOSE ✖