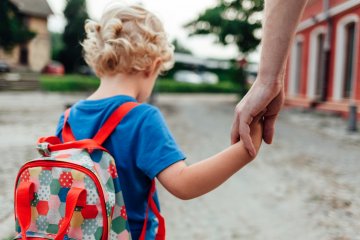 New research by Women’s Aid and CAFCASS has revealed that nearly two-thirds of family court applications regarding arrangements for children feature allegations of domestic abuse.

Upon examination of 216 child contact cases, chosen at random, "a complex picture of domestic abuse within family proceedings" emerged, with researchers finding that allegations of abuse rarely appeared "in isolation from other safeguarding concerns".

133 of the 216 cases studied—62 per cent—featured an allegation of domestic abuse. Additional allegations were also present in 89 per cent of these cases. The "most apparent" example of "harmful parental behaviour" that went in tandem with domestic abuse was excessive drinking, though other allegations relating to parental mental health and emotional child abuse also made frequent appearances.

Where there are multiple welfare concerns to unravel, a variety of safeguarding measures may need to be considered. A further complicating factor was that cases often featured "counter-allegations and disputed matters", posing a "substantial challenge" for the courts tasked with determining "which of these cases can safely proceed to contact of the child with the alleged perpetrator and which cannot".

The study found that in more than a quarter of cases featuring domestic abuse allegations, Family Court Advisers recommended either indirect contact (i.e. contact through letters, email correspondence or video call etc.), or no contact at all.

The study also looked at the nature of the abuse alleged, in addition to the identity of the purported perpetrators. Researchers found that fathers were over three times more likely to be the subject of allegations than mothers. Other allegations, such as those in relation to substance abuse or historic violence were also "associated more commonly with fathers".

Researchers found that three types of domestic abuse allegation, the most common of which was was physical abuse, followed by coercive control, and lastly sexual abuse.

In cases where abuse allegations were present, the study examined if and how Practice Direction 12J–Child Arrangement and Contact Orders: Domestic Violence and Harm was being applied. The study at hand found that "key aspects" of the practice guidance—safeguarding checks on both parents, both parents’ presence when the final order was made, and communication between the FCA and both parents—were being implemented in "the majority of cases".

"The research carried out with Cafcass helps build a picture of what is needed to ensure the future safety of women and children survivors of domestic abuse."

Ms Ghose reiterated the dangers posed by unsafe child contact arrangements, as outlined in her organisation’s 2016 report on the cases of 19 children deliberately killed by a parent who was a "known perpetrator of domestic abuse". She promised to "continue to highlight the importance of judicial understanding of domestic abuse and coercive control which often continues long after a relationship has ended, and where the family courts are often a vehicle to perpetuate this abuse."

Women’s Aid has already driven change in this sphere, their earlier report partially responsible for prompting a review of PD12J by Mr Justice Cobb, who recommended a number of changes to the guidance. Among other changes, Cobb J revised the guidance to clarify that the presumption, outlined in section 1(2A) of the Children Act 1989, that contact with both parents is generally in the child%27s best interests, should not apply where the other parent or child is "at risk of suffering significant harm." The judge’s recommendations are currently under review by the Family Procedure Rules committee.

While Women’s Aid saw their study as a step towards keeping children going through the family justice system safer, not everyone agrees. Families Need Fathers (FNF), a charity that campaigns for shared parenting, were vocal in their disappointment over CAFCASS, a government agency, collaborating with a "lobbying charity relating to women and girls" without reference to what it sees as the "widespread abuse of men and boys in the context of the family courts".

FNF takes issue with the fact that the study does not address concerns that the family courts are rife with "unfounded and, increasingly often, obviously malicious allegations". The charity also argues that, since Legal Aid is only available where domestic abuse is an issue, there is an incentive to make allegations simply to receive legal funding.

However, it’s worth noting that the report does not comment on the validity of the allegations contained with the sample cases at all; indeed, it is explicitly states that this is not within the remit of the study.

That said, it’s fair to say the study does not necessarily paint a complete picture of the frequency of domestic abuse allegations in child contact disputes. The study’s data demonstrates how often they feature in child contact applications, but what of those disputes that don’t make it to court? Legal fees can be prohibitively expensive, and with legal aid only available for alleged victims of domestic abuse, many child contact disputes inevitably unfold in private.

FNF indicates that, through the study, CAFCASS could be seen to be "fuelling gender-based conflict." It’s true that Women’s Aid view domestic abuse as a "gendered crime", a distinct phenomenon rooted in women’s unequal status in society and oppressive social constructions of gender and family". However, they do not deny that men can experience domestic abuse. Further, the language used to refer to alleged perpetrators and victims in the report at hand are gender neutral, and the study also examines cases in which the alleged abuser is a woman.

As of yet, neither CAFCASS nor Women’s Aid has responded to this criticism. Reflecting on the study, Chief Executive of CAFCASS Anthony Douglas CBE expressed satisfaction that in cases where unsupervised contact was ordered, action had been taken "to manage risk relating to domestic abuse". He called on others in the sector to follow the example of Women’s Aid and CAFCASS in taking "a joined-up approach to improving the services for victims of domestic abuse."