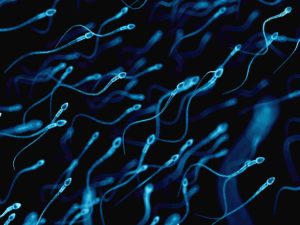 An Indianapolis doctor has been accused of using his own sperm to impregnate women at his fertility clinic.

He assured mothers that he would use sperm donated by an anonymous medical student to help them conceive. Suspicions emerged when one of the clinic’s now-adult children started seeking genetic relatives on the internet and discovered seven siblings. Two other children discovered that that both their mothers had been patients of Cline: paternity tests revealed a 99.9 percent probability that Cline was the father.

Some of the siblings met with Cline in Spring this year. According to court records, Cline told one of them that he felt pressured to use his own sperm when he did not have access to donor sperm. He allegedly admitted to having donated sperm about 50 times.

Last Friday Cline was accused of two felony counts of obstruction of justice for misleading the authorities. They were investigating complaints brought against him by two of the children. Cline denies ever having used his sperm and is pleading not guilty. He denied his guilt in a letter to the Indiana Attorney General’s Office:

“I can emphatically say that at no time did I ever use my own sample for insemination.”

Cline told mothers that no single donor’s sperm was used more than three times. It is understood that the number of donations outside of a single family have to be limited. Repeat donations risk half-siblings meeting later in life without being aware of the connection.

An unidentified donor child shared her feelings about the case:

"It is very sickening to think he ran his practice up until the time he was about 70".

Fresh donor sperm was commonly used in artificial insemination until the advent of HIV in the mid-1980s. Since then it has been common practice for clinics to freeze tested sperm for insemination.

There have been similar controversies emerging from fertility clinics in recent years, mainly dating from before current regulations were put in place. In 2012 it emerged that fertility doctor Bertold Wiesner had fathered around 600 babies after founding a fertility clinic in London in the 1940s. His wife later destroyed the clinic’s medical records. Cecil Jacobson may have fathered as many as 70 children from 1976 to 1998 in Virginia and in 2009 Dr Ben Ramaley of Greenwich, Connecticut settled a lawsuit also for using his own sperm.