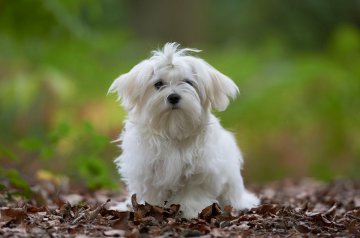 Dividing assets, and deciding who gets what, is often the hardest part of any divorce. When you are trying to decide who gets the family pet, it can be almost impossible. Indeed, for many years, it seemed that everyone was losing out: families fell to arguing about who got ‘custody’ of a pet and the pet in question was not having its best interests looked out for in the way that it might in some American states.

Fortunately, in 2015, a potential solution was found in England and Wales as the Law Society endorsed the use of so-called ‘pet-nups’. Acting on research by animal charity Blue Cross that showed that one in four divorces now involves disputes over the ownership of family pets, the Law Society decided to take a stand.

It may sound flippant but a large amount of time and indeed money is spent in the ensuing disagreements over pet custody. Taking a practical approach to ‘chattels’, as a pet would be classed in law, is the best way to avoid unnecessary conflict. It’s a good idea to have an honest discussion about what would happen to your pets in the event that your relationship did break down, and to agree details about costs and upkeep.

Solicitors are usually the first port of call for people who are divorcing…we see the problems caused when relationships break down acrimoniously and it’s usually costly, stressful and emotionally draining for both parties. Pets are part of the family so it makes sense to think about their welfare.

Our pets are not just material goods; they are often at the heart of our home lives so it is a good idea to agree on your pet’s future in advance to make a difficult situation easier. It makes sense to agree up-front who will keep your pet so that they don’t get dragged through the courts or end up in our re-homing centres.

While the Law Society doesn’t explicitly suggest having a formal agreement drawn up, it can only be prudent to have an understanding with your partner as far as pets – or any other possessions – are concerned. Clarity and preparation in the best of times in a relationship can often act as a safety net in the worst of times.

Could Oscar-winning actors be at greater risk of divorce
This site uses cookies. Find out more. Continued use of this site is deemed as consent.   CLOSE ✖