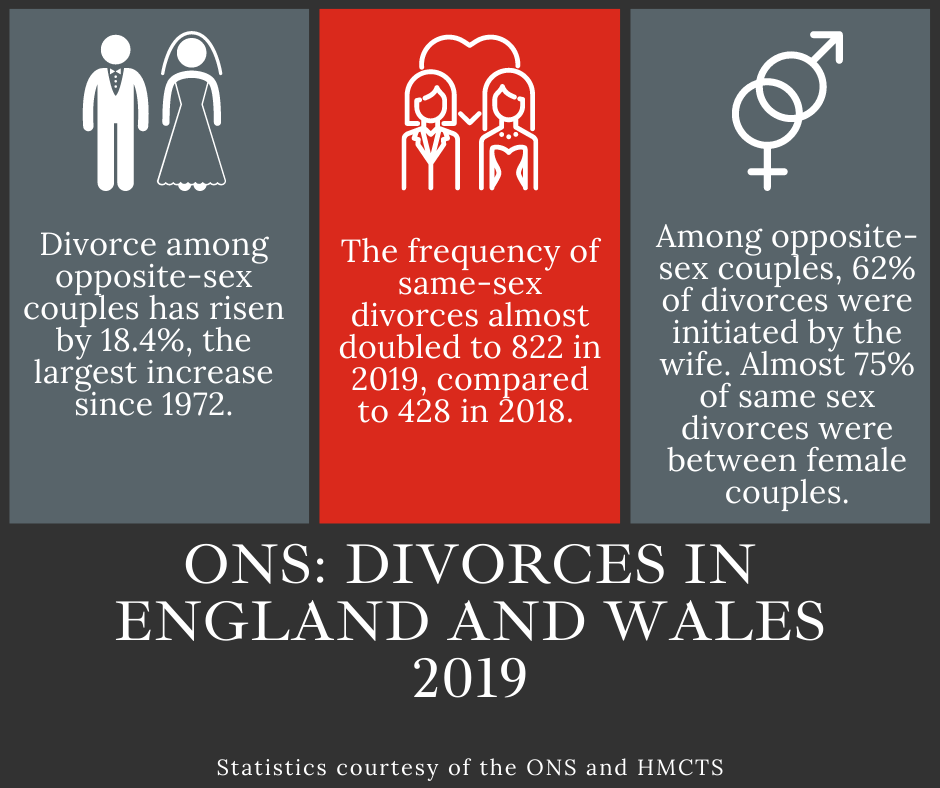 This annual increase is the greatest percentage rise since 1972 and means 2019 saw the highest number of opposite-sex divorces since 2014, when 111,169 were recorded.

This change has been largely attributed to the clearing of backlogs which had built up in 2017 and were processed in early 2018.

The decrease since the turn of the millennium is largely due to a falling marriage rate, allied to an increase in couples cohabiting.

This continues a trend which has been running since the introduction of same-sex marriage in March 2014 and reflects the growing size of the same-sex married population.

Alongside a mutual increase, the figures also show another common factor between both same-sex and opposite-sex divorce: women are more likely to instigate proceedings than men.

In 2019, among opposite-sex couples, 62 per cent of divorces were petitioned by the wife.

Similarly, among same-sex couples, while only 56 per cent of same sex marriages were among females, they accounted for almost three-quarters of same-sex divorces.

There are a number of reasons behind this trend, which has been documented every year since 1949, a few of which are explored here.

Covid and the courts: Family cases down 13% compared to 2019
This site uses cookies. Find out more. Continued use of this site is deemed as consent.   CLOSE ✖